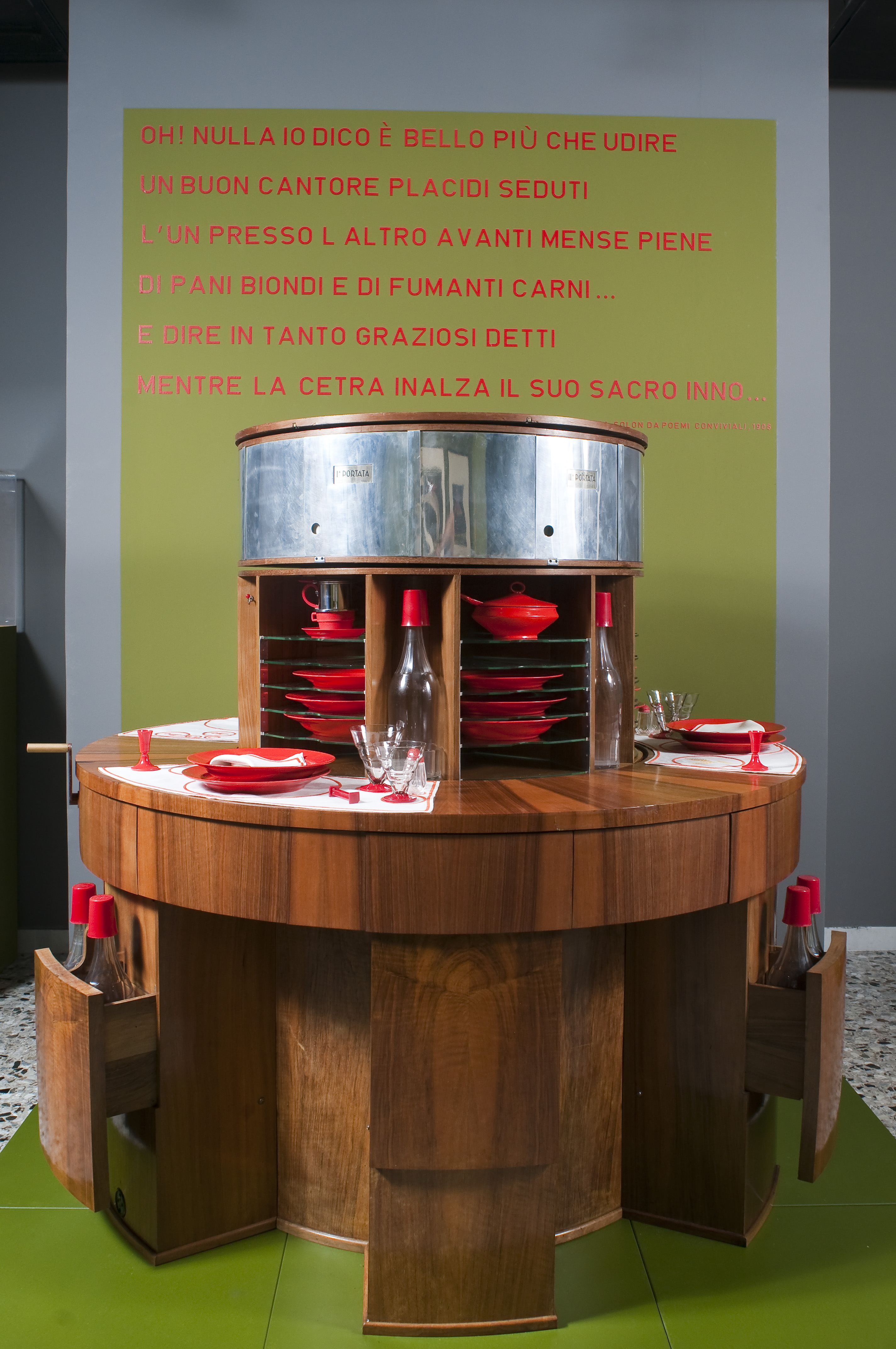 Patented in 1936 with the definition of a “Table containing all the necessaries for serving meals”, L’Autarca (The Autocrat) was designed in 1935 by the Genoa-born notary Angelo Fasce in order to enable six dining companions to eat a full meal without the help of serving staff. Equipped with an original service including red earthenware plates from Richard-Ginori, Bakelite coffee cups, glasses made from Murano glass, and embroidered linen place mats, the table was fitted with a device that used a crank to regulate the movement of the pull-out central part, organised through a precise system of shelves and doors in its rotating movement. Inspired by its basic function – full dining self-sufficiency – its name referenced one of the most officiated edicts of Fascism’s civil liturgy: autocracy.

Such political act officially began in March 1936 in response to the sanctions issued by the League of Nations on 18th November 1935 after Italy’s attack on Ethiopia. Mobilisation operations in favour of economic independence and in support of national production had begun in the years following the financial crisis of 1929, which had already led to the protectionist leanings then bolstered by the economic block imposed by Geneva.

Characterised by graphical solutions with a strong visual impact, slogans that became famous (“Noi tireremo diritto”, “We will forge ahead”, or “L’Italia farà da sé”, “Italy will take care of itself”) and expositions of great attractions, such as the Autocratic Exhibition of Italian Minerals, incessant propaganda was deployed to promote Italian products and counteract the harmful effects of the embargo. The autocracy which, for some time, seemed to contribute to the strengthening of the regime’s image – deflecting public opinion from the criticisms of its political acts and authoritarian and dictatorial nature – above all favoured research into new materials, offering an extraordinary field of experimentation to the most innovative orientations of Italian design.