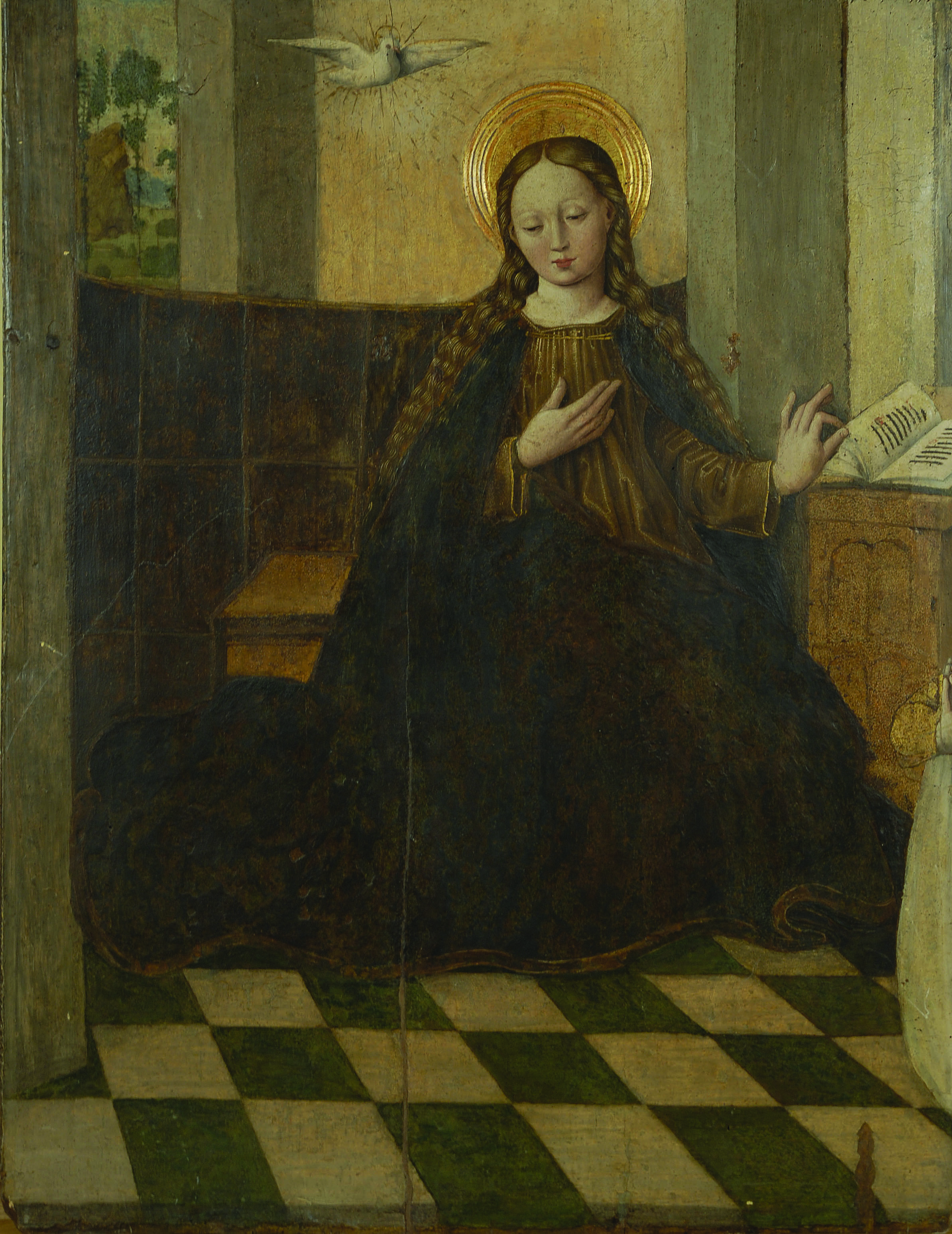 This exquisite figurative work, cropped on all four sides, attracted the critical attention of both Maurizia Migliorini and Anna De Floriani in 1980. In publishing the results of important restoration work whose removal of crude, misguided repainting helped to restore full clarity to the image, the latter scholar suggested, also given the use of oak wood, a hypothetical parallel with the brushwork of an unknown painter, trained in the French style and active in the decades immediately following the mid-fifteenth century, “familiar with output mainly produced in the south of France”, as also later reaffirmed by Laura Martini. A sound approach which, while correcting Migliorini’s contemporaneous proposal of a proximity to the output of the “Nuremberg school of the second half of the 15th century”, nevertheless did not exclude the possibility of identifying the painter as a Ligurian artist, “unlikely to be an Italian from another region, except, perhaps from Piedmont”. As the scholar states in the same study, on the basis of key oral information passed down by Father Cassiano da Langasco, at some time in the 1940s the panel was in the Genoese church of San Bernadino, before being transferred in 1956-1957 to the convent of the Santissima Annunziata di Portoria, where it is still kept today. According to the learned Capuchin's information, the possibility cannot be excluded that the painting should be counted among the artefacts gathered between the end of the 19th century and the beginning of the 20th by Father Pietro da Voltaggio in the church of Santa Caterina di Genova. These artefacts came from religious complexes of the Franciscan order which were closed for worship following the suppressions of 1866.

The panel, probably part of a more complex polyptych - Migliorini in this regard thinks a “hinged triptych”  - within which it would have been in combination with a similar, now lost, painting depicting the Angelo annunciante (Announcing Angel), has recently been the subject of careful critical analysis. These studies revealed that the work rightfully belongs in the catalogue of Gandolfino da Roreto, with particular reference to his late 1490s output, closely connected to the polyptych signed “gandulfinus inxit” and dated 1493, depicting the Assunzione, santi e l’Incoronazione della Vergine (Assumption and Coronation of the Virgin with Saints, Turin, Galleria Sabauda), from the church of San Francesco in Alba. It was Giovanni Romano who recognised in the composition an example of the refined work of the Piedmont artist, an idea solidly confirmed in the studies of Simone Baiocco for whom the composition may even chronologically anticipate the early altarpiece conserved in Turin, in light of “a more direct link to that “Mediterranean” culture which can explain details such as the cloth forming the backdrop to the scene, or the Virgin's nimbus, created with a relief technique as was more customary in painting of the Spanish style”. These are elements to which, in certain respects, the fragile elegance of a distinctly early 15th-century flavour can be added, perceptible in the construction of the flowing folds of the gown, accentuated by exquisite brushstrokes rich with shiny material, much less evident in Gandolfino's later figurative style. Even considering the current lack of certain information regarding the possible historical placement of the work of which this element, perhaps actually conceived as a “folding door” (given the depictions to the reverse of symbols of the Passion, attributable without a doubt to the same hand) was a part, it may however be correct to consider the painting as coming at the very least from a convent of the same order, located in the southern Piedmont region and in particular in the Alessandria area, where the Asti artist's output was met with widespread approval; this work could be an expression of  the close network of cultural exchanges which had linked this area to the artistic events of Genoa since the late 14th century. Gandolfino was not unaware of this connection, and it was in fact a major influence on the creation of his exquisitely refined style. This link is distinctly evident in the Vergine annunciata (Virgin annunciate) in the convent of the Annunziata di Portoria, as well as in references to the art of Ludovico Brea, contacts which may have been originated by a young Gandolfino's familiarity with the Genoese scene or by his stay “elsewhere in the Ligurian region”; a situation in which, after an early training under his father Giovanni, himself a painter, Gandolfino may have begun to spread his own wings.