The Photograph of a Scene from The Mistress of the Inn 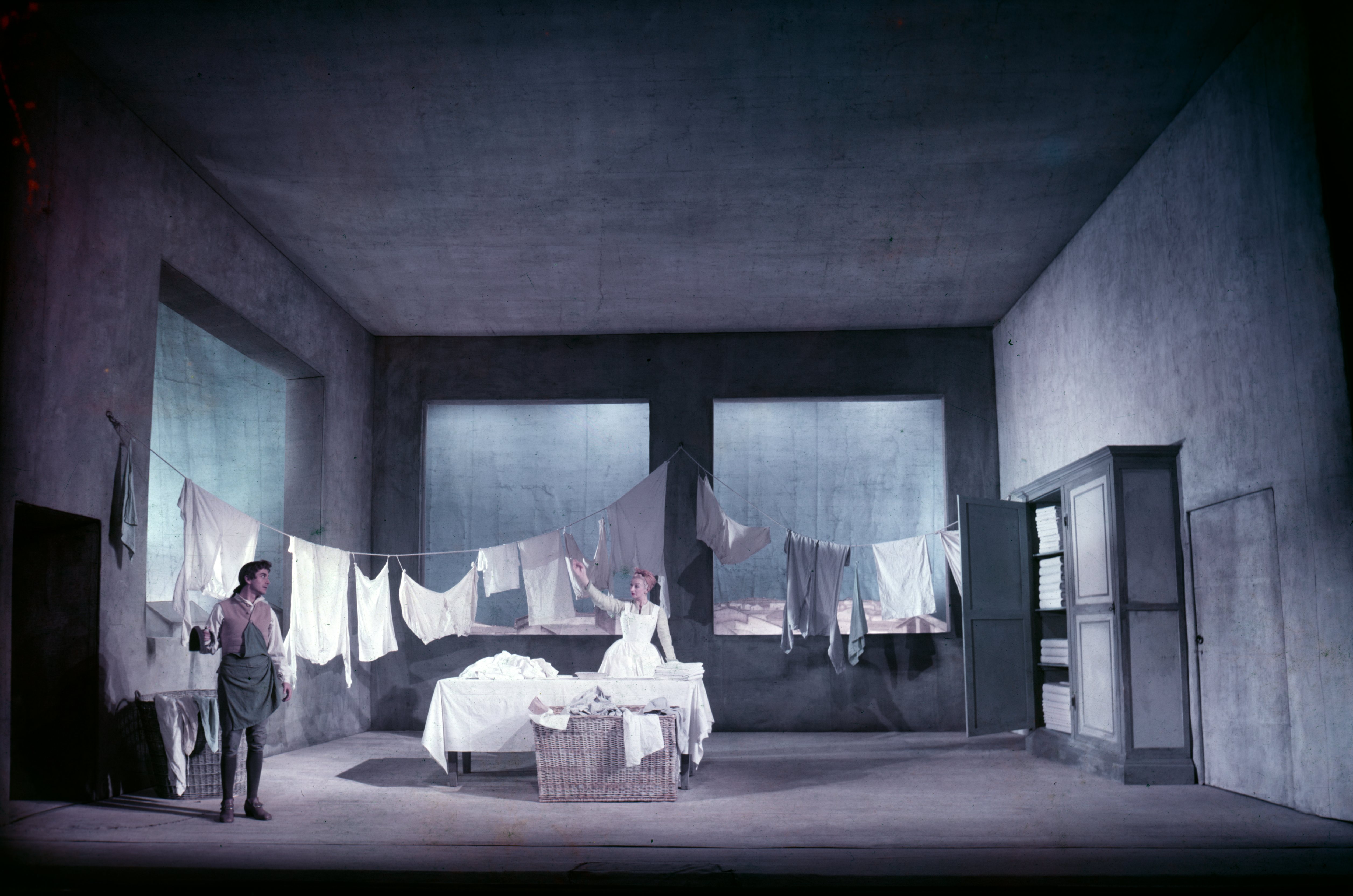 Donation from the Province of Genoa and the Genovese Politeama

In the photograph by Pasquale De Antonis a scene from The Mistress of the Inn by Carlo Goldoni, Teatro Eliseo, Rome 1952, directed by Luchino Visconti. Among the materials preserved in the MBA, a place of honor goes to photography. In fact, the archive contains about 69,000 documents, including positives and negatives, made by some of the most important Italian and foreign photographic establishments, from the origins of photography to the contemporary. This rich heritage stands out not only for its quantity but also for its quality. In fact, it is not difficult to come across famous signatures starting from Nadar, Disderi, Sarony, Alinari, NunesVais and Bragaglia. There are photographs of theatrical subjects in almost all archive funds, starting with the oldest, among which stand out the nineteenth-century ones by Adelaide Ristori (1822-1906), Ernesto Rossi (1827-1896) and Tommaso Salvini (1829-1915) up to those of more recent acquisition. Images of theatrical subjects, posed portraits or stage photos, are present, in fact, among the personal papers, among others, by the artists Elsa Albani (1921-2004), Ferruccio De Ceresa (1922-1993), Lilla Brignone (1913- 1984), Giorgio De Lullo (1921-1981), Romolo Valli (1925-1980), Alessandro Fersen (1911-2001), Gilberto Govi (1885-1966), Alberto Lionello (1930-1994), Sabatino Lopez (1867-1951), Virgilio Marchi (1895-1960), Ruggero Ruggeri (1871-1953), Guido Salvini (1893-1965), Sergio Tofano (1886-1973), Ermete Zacconi (1857-1948). Furthermore, the fonds of two photographers are preserved: Gastone Bosio (1909-1987) and Pasquale De Antonis (1908-2001), acquired respectively in 1978 and 1998. In the Bosio collection there are 56,850 negatives and relative specimens, which document the roman theatrical scene from the Second World War. The photographs are arranged in chronological order and grouped into four types: Current affairs, Magazine theater, Cinema and Prose theater. The 2,373 photographs from the De Antonis collection, donated to the Museum by the Province of Genoa and the Politeama Genovese, make up the theatrical part of the photographer's entire archive. They are images relating to shows staged in the most important Roman theaters between 1946 and 1965 and portray some of the most famous actors of the time as well as the main productions of Luchino Visconti's directions.

The Photograph of a Scene from The Mistress of the Inn