Unknown Genoese Sculptor "Two-sided sculpture of the Virgin and Child and St. Anthony and Child" 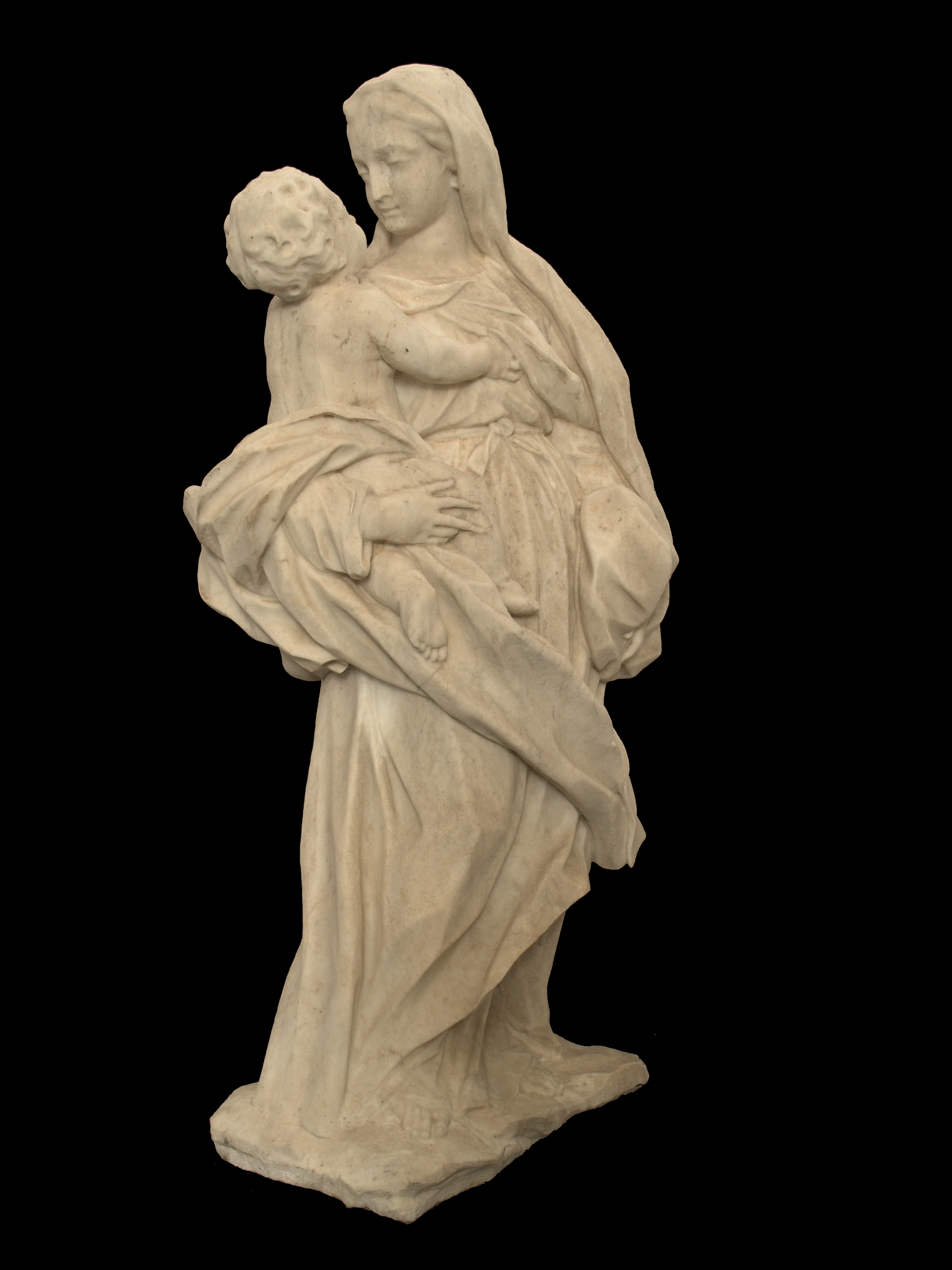 Unknown Genoese Sculptor, second half of the 17th century

This sculpture is a unique piece in Ligurian art: a marble carved on both sides depicting St. Anthony of Padua with Jesus and the Virgin and Child. The work, recently curated for display, entered the museum's collections under a conventional attribution to the circle of Pierre Puget.

The sculpture was previously situated at one of the side entrances of the Villa Duchessa di Galliera in Voltri, leading to the nearby Capuchin church of San Francesco. Its exterior position exposed the marble to the effects of the elements, impoverishing the stone surface and compromising a proper interpretation of the sculpture's form, which thus takes on an unintentionally expressive quality, overpowering the lines of the sculptor’s original work.

The attribution of the work to the Puget sphere, to be discounted, reveals that the sculptor should be sought in an artist working in late 17th-century in Genoa, where from the 1660s and ‘70s, having absorbed the teachings of Puget and besides the Lombard workshops, the Genoese artist Filippo Parodi and a generation of artists who had perfected their training in Rome were to work. The unknown sculptor faced the task of rendering two distinct images in a single block of marble, skilfully joining the two sides together, where the profiles of the Saint and of Mary blend into a single face with androgynous features. The images draw on an established iconographic tradition in 17th-century Genoese painting: in his paintings, Valerio Castello proposed a dialogue of emotionally charged gestures and glances, as seen in the Mother and child in the altarpiece of the church of Santa Zita, or in the tender caress Jesus bestows on St Giovannino in the Nantes painting. This intimacy of pose is also found in Puget's Madonna Carrega, in which the Infant draws the attention of his pensive mother with his plump hand, although in that statue the artist focuses on depicting the emotional intensity of the encounter through the exchange of gazes between the characters. St. Anthony, in a standing position, holds the Infant as with a slight movement he withdraws his right leg, while on the opposite side the figure is gently animated through the use of a breeze flattening the cloak against the Virgin’s legs, as in the work of Puget and Parodi.

The evident assimilation of the Puget and Parodi models would suggests for the work a date in the last decade of the 17th century, when the sacred subject, its emotional qualities replaced with a lighter, more subdued tone, became gradually more stylised in its forms and features, such as a finer eye shape, duly seen in the two-sided sculpture in the Capuchin museum.

Unknown Genoese Sculptor "Two-sided sculpture of the Virgin and Child and St. Anthony and Child"