Unknown Sculptor from the Southern Netherlands "The Fainting Virgin" 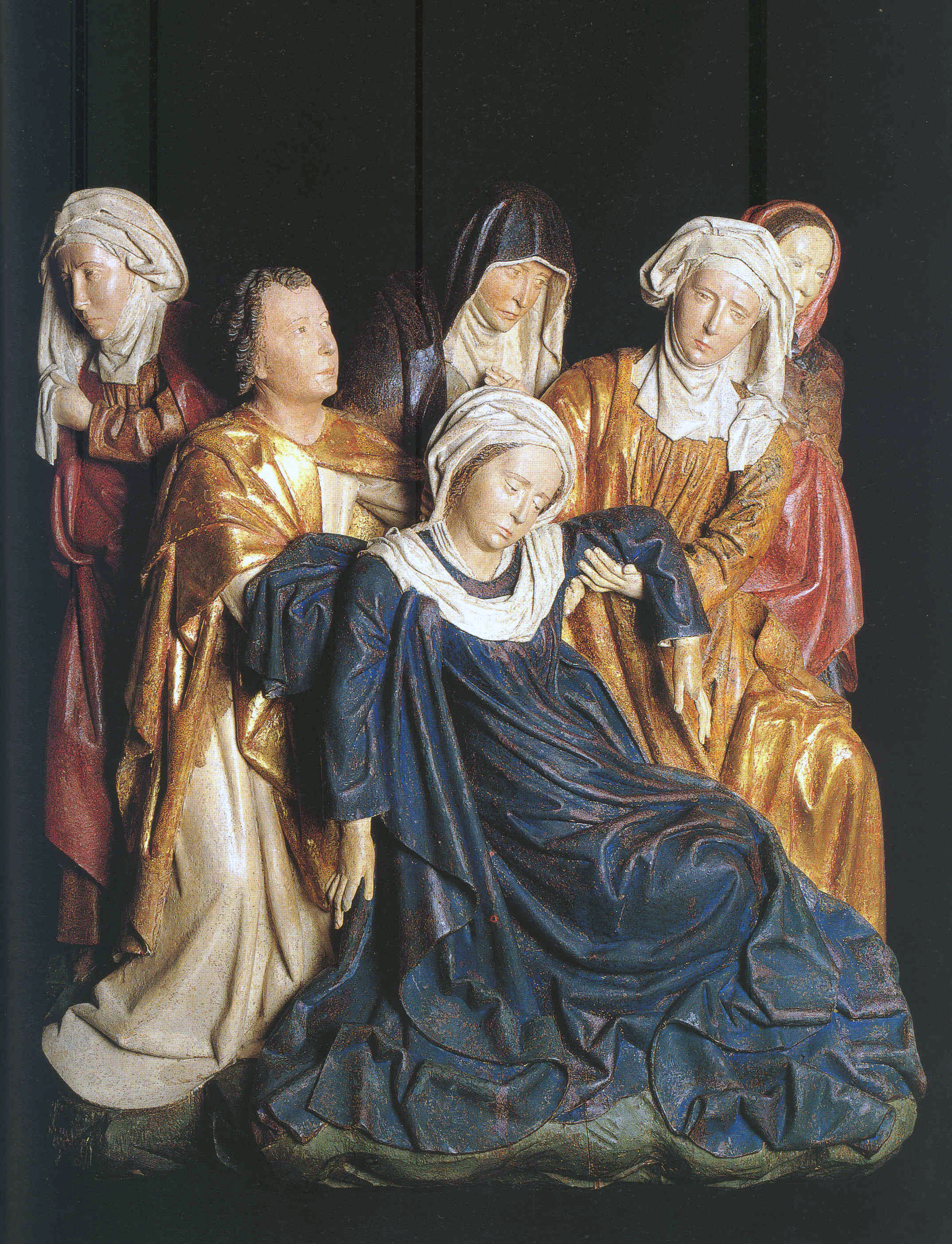 According to verbal reports from Father Cassiano da Langasco, the sculpture came to the Capuchin convent in Portoria from the Augustinian church of Santa Maria in Passione in Genoa, a placement which could only have occurred in the 19th century, however, when the building housed the Canonesses Regular of the Lateran. The lack of information regarding the ancient origins of the artefact make the reconstruction of its history particularly difficult, not to mention the identification of the person likely to have commissioned it. Currently it is therefore impossible to know when The Virgin Fainting reached Genoa and why, and whether it was still integrated within a large retablo depicting the Crucifixion bought by a Genoese patron to decorate the altar of a church building in the city  (in a similar way to the Flemish dossal kept in the church of Santa Margherita in Testana), or whether it was already split from the other wood sections which, when assembled, formed a divided polyptych, and hence possibly destined for private worship.

Deemed in the past to be an element “originating from a Gothic deposition. 16th century”, more recently the Fainting has been the subject of a careful style analysis by Laura Lagomarsino, who proposed a convincing parallel with the Brussels output of the 1460s and ‘70s, highlighting in particular the close stylistic links to the retablo of Scenes from the Passion (Brussels, Musées Royaux d’Art et d’Histoire), made around 1479 for Claudio Villa of Piedmont and his wife Gentilina Solaro. Important technical information emerging from the restoration carried out in 2004, following which it was possible to free the artefact's surface from heavy, misleading repainting, allowed the confirmation of the work’s attribution to an artist working in Brussels in the late 1400s, possibly at the turn of the century, as certain stylistic features seem to suggest. This refers more precisely to the subtle rendering of the skin tones and the vivid facial features, to the figures’ deliberately posed, yet dramatic, positions, to the arrangement of the folds furrowing their garments and to the intricate female hairstyles, as well as the locks of hair on the head of the young Evangelist, features which do indeed demonstrate a close relationship to Brussels sculpture of the late 15th century. The same exquisite use of colour, enriched in certain points by refined gilding such as that corresponding to Saint John’s cloak, and by the elaborate technique of pressbrokat, as in the garment of the woman in the right foreground, suggests the group possibly originates from one of the finest studios active in the Flemish city during the last decades of the 15th century.

The sculpture, intended therefore to be placed at the centre of a retablo, was made using a single block of oak, the back of which is not carved and on which no wood guarantee markings have been found.

Unknown Sculptor from the Southern Netherlands "The Fainting Virgin"