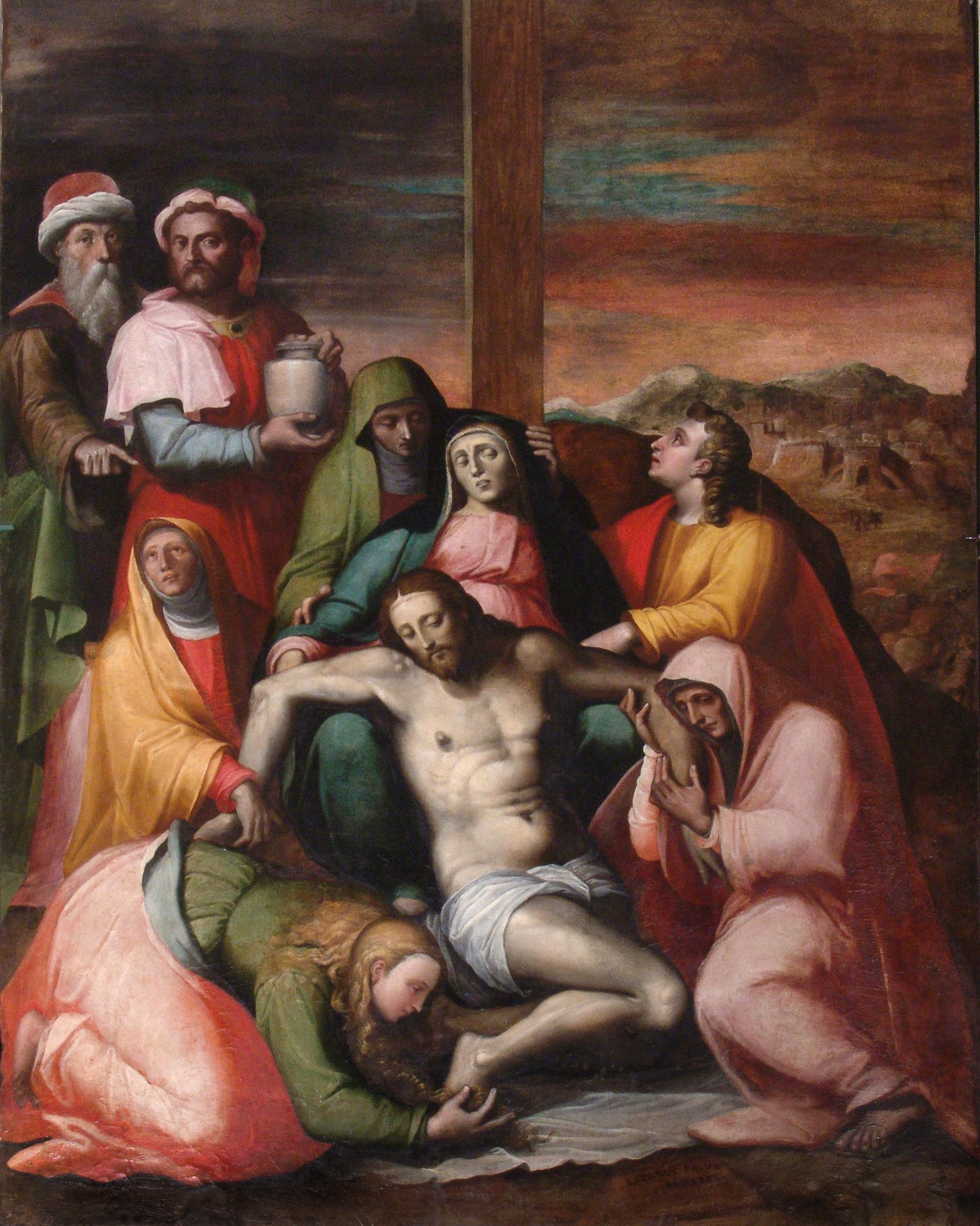 Only recently, and thanks to the discovery of new information concerning the life and work of Lazzaro Calvi, has the Genoese artist's output of altarpieces, well known and considerable overall, found a considered and objective assessment.
The Portoria Deposizione itself, although without doubt one of Lazzaro Calvi's best works, was never given sufficient consideration by critics. The drastic change of position it underwent, probably in the second half of the 17th century, certainly did not help matters, followed as it was by further shifts and repaintings, as evidenced in the brief notes by Soprani, Ratti and Alizeri. This last describes the work as “nothing less than contrived in the chapel by which the sacristy is accessed” and “retouched in several places”.

The Cavanna family tasking the Calvi brothers - Lazzaro and Pantaleo - with the decoration of their chapel, to the right of the presbytery, was in fact an important, prestigious opportunity, for Lazzaro in particular. It gave him the chance to contend with the leading artists of the day in Genoa - Giovanni Battista Castello, Luca Cambiaso, Andrea Semino - who had already been called upon before him to carry out part of the decoration of the Ospedale di Pammatone church. Lazzaro, in all likelihood not yet sixty, therefore deployed every cultural tool available to him, seeking to put all the painting expertise he possessed to good use and sealing his efforts with signature and date (“Lazarus Calvi faciebat 1577”), which he placed in the lower margins of the panel, which was originally destined for the chapel’s main altar.

The composition - with the figures of Mother and Son arranged frontally along a single vertical line from top to bottom, and Jesus’ lifeless legs bent at a sideways angle as his arms are supported by the two pious women, one on each side - borrows entirely from an idea of Michelangelo from the 1540s, by way of one of the engravings taken from it, most likely those by Giulio Bonasone or Nicolas Beatrizet.

The refined colour range keeps to toned down colours, browns and purples, which express with consummate naturalism the time of day in which the Gospel episode takes place - dusk and the approaching night - while also revealing Lazzaro's choice to adopt the studies begun by Luca Cambiaso in those years, in paintings such as the slightly earlier Pietà in Carignano.

The atmosphere of suspended contemplation and the mute interior dialogue between the characters portrayed and the observer clearly demonstrate the skill with which Lazzaro interprets the new religious demands, then arising within the Catholic Church following the end of the lengthy Tridentine debate. The presence of the Jesuits at the church of Annunziata di Portoria in the same years cannot be overlooked: already settled in the city for some time, they officiated at the church for around three decades before moving to the present Chiesa del Gesù.