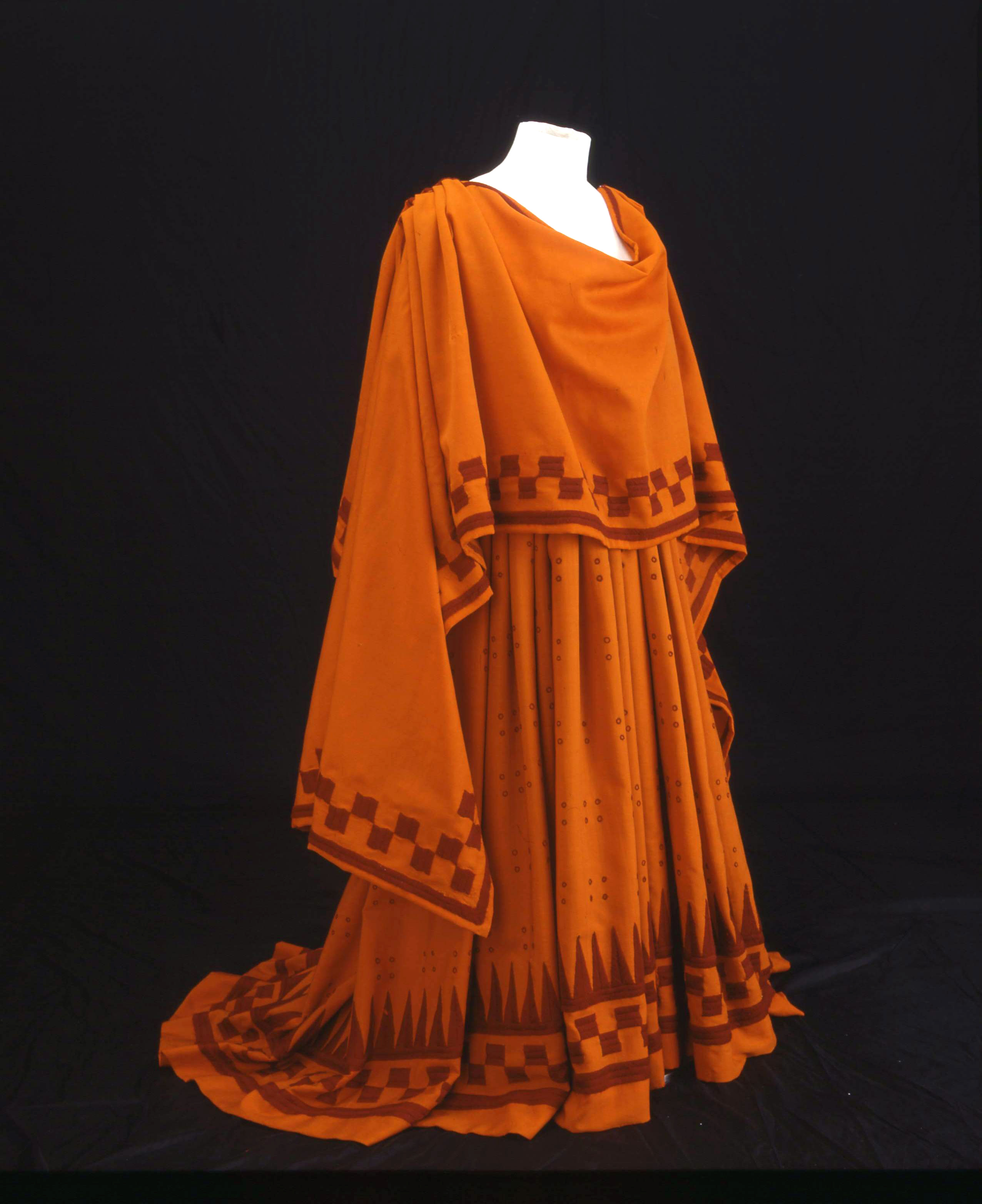 In the photograph, the costume for Medea by Ernest Legouvé designed by the painter Ary Scheffer, around 1856. The "Fondo Ristori" includes fifteen complete costumes and also: thirty pieces of clothing (scarves, veils, skirts, corsets, caps, etc.), six fans, twenty pairs of shoes, stage jewels. It is a complex that allows us to evaluate the 'historical' habits of the nineteenth century and in one of its greatest expressions. Some of them - such as Marie Antoinette's costume, made by the greatest tailor of the time, the Parisian Worth, inventor of the crinoline - were made outside Italy, in Paris and London. Medea's costume was designed by the painter Ary Scheffer, considered the leader of the Dutch romantics; those for Elisabetta by Delphine Baron, fashion designer of the Paris Opera House. Adelaide Ristori (1822-1906), daughter of poor actors, appeared on the scene around the 1940s, when the conditions of the Italian dramatic actor were among the poorest in Europe. After a first experience in the Royal Sardinian Company and subsequently with others, from 1853 to 1856 she returned to the Royal Sardinian as the absolute first actress with a fabulous writing. In the meantime she married the Marquis Giuliano Capranica del Grillo (son of Bartolomeo and Princess Flaminia Odescalchi), far from fasting theatrical enterprises: the Capranica family then owned two Roman theaters: the Capranica and the Valle. Giuliano will in fact become the oculate administrator and 'manager' of Adelaide, the first (and perhaps only?) "Actress-marquise" in history. In 1855 the Ristori, already famous in her homeland, obtained the Parisian consecration and began (first among the Italians after the Commedia dell’Arte season) an international career, exploiting her notoriety also because of the Italian Risorgimento. After Paris it is the turn of Berlin, Vienna, London, Madrid. In 1860 she made her first tour in Russia. In 1866 she crossed the Atlantic and went to the United States (the President of the United States received her in his private apartment in the White House as the greatest contemporary actress); in 1869 in South America; in April 1874 she even begins a world tour that would end in January 1876, touching cities never visited by any Italian Drama Company.