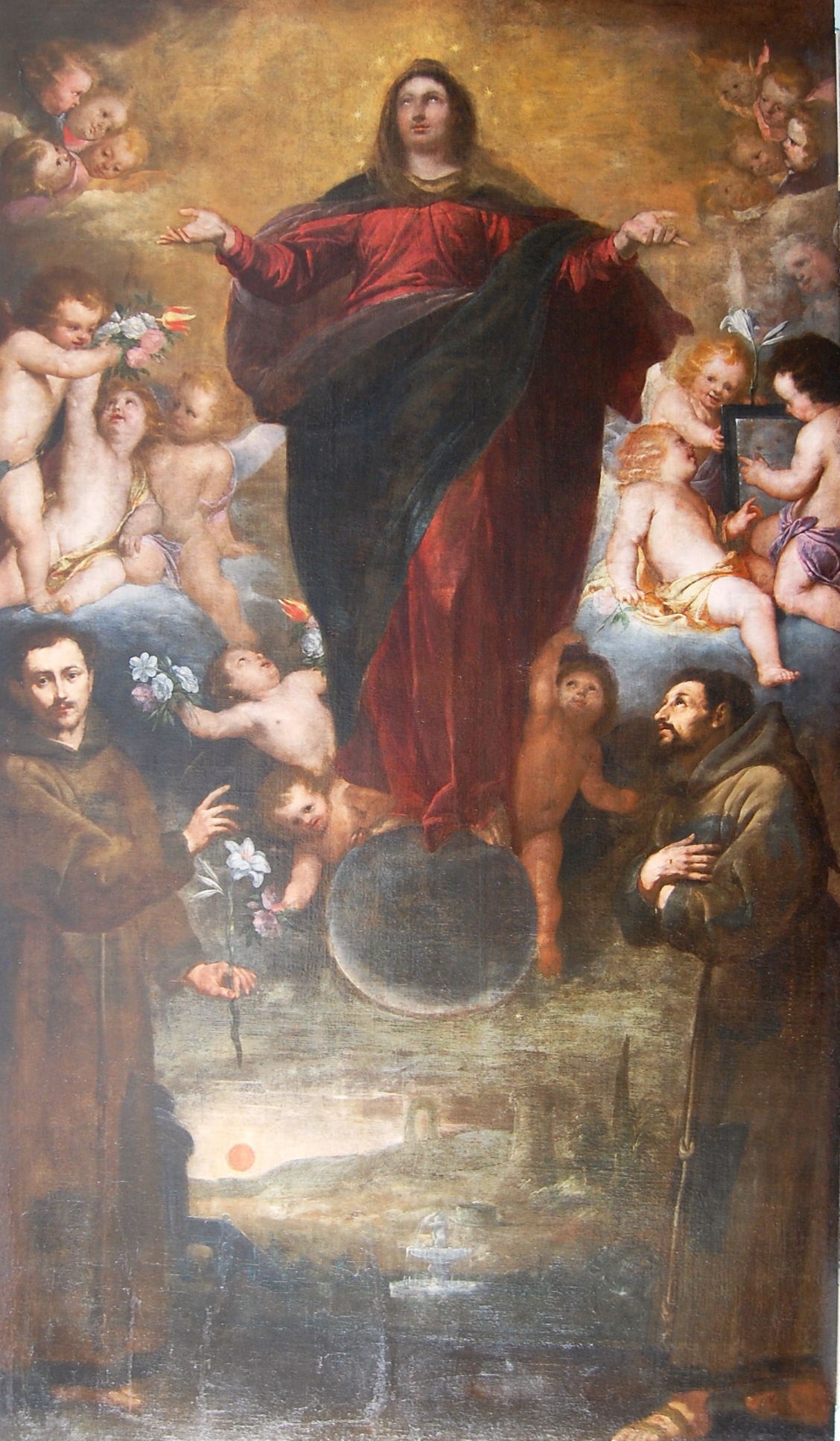 From the early 1640s the career of Orazio De Ferrari was marked by a close sequence of altarpieces intended for the Capuchin churches. The first in the series is a painting, signed and dated 1643 and now kept in the church of Saints Nazario e Celso in Arenzano, portraying the meek figure of Spanish saint Felix of Cantalice for the devotion of the faithful. This is followed by the two Pontedecimo paintings, one of which is presented here (restored with state funds in 2009 by Aurelio Costa and Francesca Ventre), and the two altarpieces sent to Sardinia for the Capuchin foundations in Villasor and Quartu Sant’Elena. From the period of his full maturity comes one of the peaks of Orazio’s entire output, the Comunione della Maddalena (Last Communion of Mary Magdalene), a work intended for Porto Maurizio and now kept in Sanremo. Unfortunately, only a fragment survives of the upper part of the painting sent to Pontremoli - then part of the Province of Genoa. It should also be noted that the painter's will, drawn up on 14th September 1657 when the artist was dying of the plague, gives orders for the repayment of a sum to the Capuchins, probably a deposit received for a work that was destined never to see the light of day.

As mentioned, the restored painting came from the main altar of the church of Pontedecimo, and for many decades, prior to its restoration in Portoria, it was equipped with a mechanism in order for it to be used in the devout practice of “uncovering” (the usage to keep a painting covered, and unveil it only in given moments). During the restoration, the complex wooden framework and the metal perimeter strip used for the purpose were removed - although not destroyed - as their presence could no longer be justified. In doing so it emerged that the altarpiece had been reduced in size and that the metal strip had been concealing around 4 cm of painted canvas on each of the longer sides. Removal of the relatively limited repainting allowed the Virgin’s red gown, enriched with lacquers, to regain its original vivid hue; cleaning also restored the refined counterpoint of the mother-of-pearl greys characterising the patches on St Francis’ robe, as well as the rays of the aurora consurgens spreading over the imaginary landscape in the lower part, strewn with references to the Marian titles such as ianua, turris and fons (door, tower and fount).

As far as dating is concerned, I consider it reasonable to place the painting close to 1650, some years after the completion of construction work on the convent, a completion which the anonymous compiler of the Notizie del Convento di Pontexmo cavate dall’Archivio del medesimo Convento (Genoa, Archivio Provinciale dei Cappuccini, ms, after 1815) places in 1645.