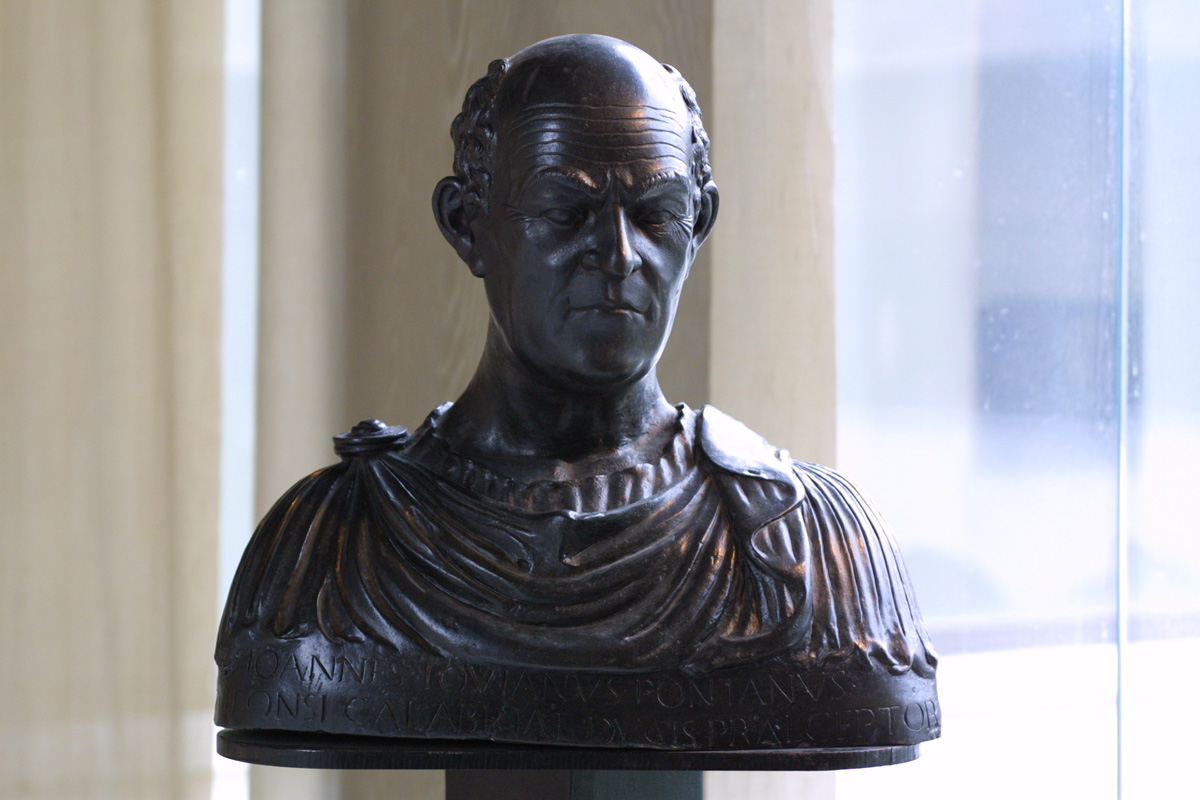 Purchase from Pammatone Hospital in 1881

A humanist and politician, Pontano was perhaps Italy’s greatest Latin poet. This magnificent bronze bust (dating from around 1490) was commissioned by Alfonso of Aragon, Duke of Calabria and later King of Naples (Alfonso III), to honour him, in fact Pontano had also been his tutor.
Adriano Fiorentino worked in bronze making statues and also engraving medals, he worked extensively in Italy and Germany, creating, among other things, two important busts: those of Ferdinand I, in Naples, and of Frederick the Wise, in Dresden.

Matera, Palazzo Lanfranchi
from 10/04/2019 to 19/08/2019
for the exhibition "Renaissance seen from the South. Matera, southern Italy and the Mediterranean between the 15th and 16th Centuries”