History of the Palazzo

Palazzo Reale is one of the largest architectural sites of the 17th and 18th centuries in Genoa, with reception rooms still filled with frescoes, stuccoes, paintings, sculptures, furniture and ornaments belonging to the noble and royal families that lived there.
The origins of the Palazzo Reale date back to the 17th century.
The prestigious residence was built at the behest of the aristocratic Balbi family. On the 4th February 1643, skilled financier Stefano Balbi presented the plan for the impressive building which was to stand opposite the church of San Carlo, entrusting the work to architects Pier Francesco Cantone, Michele Moncino and Giovanni Angelo Falcone. The 17th-century layout of the construction was limited to the present central body, and some of Genoa’s most acclaimed artists such as Giovan Battista Carlone and Valerio Castello were called to decorate the rooms, as well as Angelo Michele Colonna and Agostino Mitelli from Bologna.
The Palazzo changed property in 1679, when it was purchased by Eugenio Durazzo. The new owner not only redecorated most of the rooms but also began new building works: the construction of the East wing, the decoration of the long façade on Strada Balbi, and the rebuilding of the Teatro del Falcone. In the first half of the eighteenth century the Palazzo took on a more spectacular form, with the construction of the two monumental stairwells, the large U-shaped terrace and the extension of the main courtyard. Also dating back to this period is the Galleria degli Specchi (the Hall of Mirrors), which was modelled on the galleries of Palazzo Colonna and Palazzo Doria Pamphilj in Rome, and on the Galerie de Glaces in Versailles.
At the beginning of the 19th century, after the last direct heir died without sons, the Durazzo family, plagued by financial difficulties, put the Palazzo up for sale. The first to take an interest was Napoleon Bonaparte, but in the end the ownership of the residence was secured in 1824 by King Vittorio Emanuele I of Sardinia. Major restoration work was immediately scheduled, and the apartments were adapted to the needs of the royal family's new use. As a result, those decades saw a covered passage built, connecting the palace on Via Pré to the Royal Docks, as well as the Sala del Trono (Throne Room), the Sala delle Udienze (Audience Chamber), the Salone del Ballo (Ballroom) and a royal apartment on the first floor. The second noble floor in the East wing was fitted out with apartments for the King and Queen, while the West wing, intended as a reserve apartment for the second-born son of King Carlo Alberto, Ferdinando Duke of Genoa, was actually used by his son Tommaso. The House of Savoy commissioned the decorations to the most respected teachers of the local Accademia Ligustica, and by 1821 Carlo Felice had acquired a sizeable collection of paintings for the picture gallery, now bare due to sales carried out by the last heirs of the Durazzo family in times of crisis, and due to the transfer of works to Turin ordered by both Carlo Felice and Carlo Alberto.
In 1919 The Palazzo Reale changed ownership for the last time, when it was devolved to the Italian State by Vittorio Emanuele III. 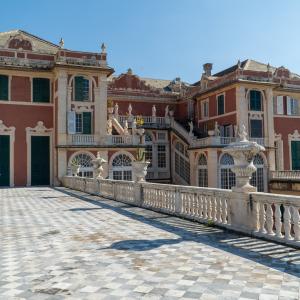 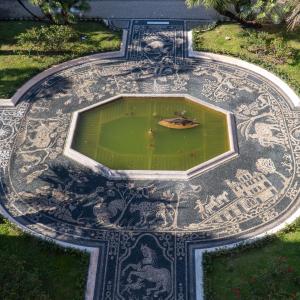 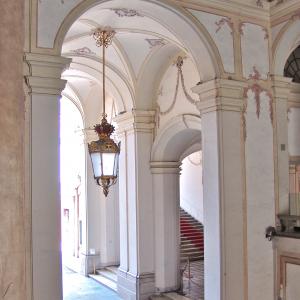