The National Gallery of Liguria

The National Gallery of Liguria is a museum with a recent history, it was created with it’s specific function following the donation to the Italian State of their 16th-century residence Palazzo di Pellicceria by Paolo and Franco Spinola (on May 31, 1958). Since July 13 of 2006 it has been included in the list of forty-two buildings registered in the Rolli of Genoa – recognised as UNESCO World Heritage Site. The donation included, in fact, not only the opening of Palazzo Spinola but also the requirement to create a new city museum that, located on the top two floors of Palazzo Spinola, was closely associated with the region in order to reconstruct, through targeted acquisitions, the artistic history of Liguria and its Italian and European connections.

Thanks also to numerous donations and loans from private individuals, it has been possible to bring back to Genoa numerous works related to Ligurian art from the XIV to the XIX century and to the creation of the extraordinary collections that made Genoa famous in the 17th and in the 18th century.

In the rooms dedicated (since 1993) to housing the National Gallery of Liguria, works acquired by the Italian State since the 1960s are exhibited, including masterpieces such as the Justice by Giovanni Pisano, the Portrait of a lady with child by Antoon van Dyck, the Portrait by Giovan Carlo Doria by Pieter Paul Rubens and the Sacrifice of Isaac by Orazio Gentileschi.

The primary mission of the museum is the acquisition of works and artefacts of importance for the history of Ligurian art, linked to specific events or individual noted artists. A goal made possible thanks to various forms of acquisition, from private negotiations, such as in the case of the Ascension by Ludovico Brea and of the Portrait of Stefano Raggio by Joos van Cleve, to the compulsory purchase of works at risk of export - among the most recent cases the plaque depicting a View of Genoa with boats by an anonymous 17th-century Flemish silversmith's, through pre-emption, an instrument that made it possible to obtain “The Rape of the Sabine women” by Luca Giordano in the collection of the National Gallery of Liguria, the canvas by Cornelis de Wael representing “Feed the hungry”, the seven paintings by Gregorio and Lorenzo De Ferrari dedicated to the Labours of Hercules and the Metamorphoses of Ovid, as well as a pair of paintings by Bartolomeo Guidobono depicting Jael  & Sisera and Samson & Delilah. 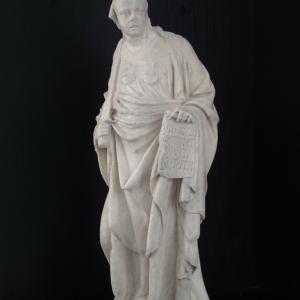 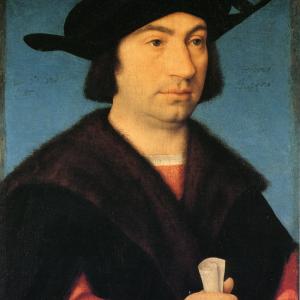 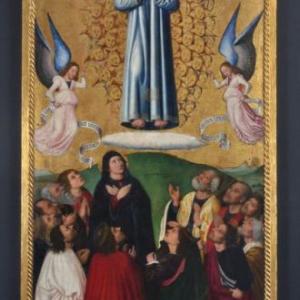