The exhibition "Giuseppe Mazzini and the music" took place in Rome at the Napoleonic Museum from March 31 to June 6, 2011. On show a figurative story on the relationship of Giuseppe Mazzini with music. One of the three beloved guitars of the "Father of the Republic" is also exhibited, along with original documents, personal items from the Domus Mazziniana of Pisa and from the Mazziniano Institute of Genoa. To demonstrate a personal passion bent to political purposes. Of course, to imagine Giuseppe Mazzini the severe and almost frowning figure that the iconography handed down, with a guitar in his hand, intent on playing the melodies à la mode, is not so immediate. Yet Mazzini had guitars and played more than one, a sign of true passion and a first-rate musical culture. This is explained in the fascinating exhibition "Giuseppe Mazzini and music" shown from March 31 to May 28 at the Napoleonic Museum in Rome curated by Pietro Finelli, Giuseppe Monsagrati, Paolo Peluffo, Raffaella Ponte, Stefano Ragni and Anna Villari. The exhibition, promoted by the Presidency of the Council of Ministers - Technical Mission Unit for the Celebrations of the Hundred and Fiftieth Anniversary of the Unification of Italy and by Rome Capital of the Cultural Policies and Historic Centre - Superintendency of Cultural Heritage, celebrates the social and revolutionary value of music in the Risorgimento era and describes the relationship that Giuseppe Mazzini established with music itself, deepening its implications both from a theoretical and philosophical point of view and the most intimate and personal. It is also well known that Mazzini was a friend of many artists, from Mario Candia, whose Parisian house was used as a base for patriotic encounters and conspiracies, to Giulia Grisi, Antonio Ghislanzoni and Agostino Ruffini. Original reports, personal objects and documents from the Domus Mazziniana of Pisa and from the Mazziniano Institute of Genoa are accompanied on display by panels and images. Among the original reports, the text of The Philosophy of Music, published in 1836, the manuscript with the signed musical score, the Song of the Bernese herdsmen which reproduces a Swiss folk song heard in 1836 during his Swiss exile in Grenchen, and some of the scores of the patriotic music series sponsored by Mazzini himself in the eighteen sixties. In the exhibition, the visitor is accompanied on an ideal journey to discover the Mazzinian project of social and "revolutionary" music, which is framed in a wider context of "emotional" use of music (and in particular of melodrama) in politics. The exhibition is divided into several thematic levels: the first focuses on Mazzini's personal passion in the music field and, in addition to the panels that show excerpts of letters that reveal his tastes and passions, presents the visitor with one of his guitars, dating to first half of the 19th century and belonging, on the basis of the available documentation (a letter from Filippo Bettini to Jannet Nathan), originally to Mazzini's mother, Maria Drago, then to Mazzini himself and donated by them, in 1866, to Jannet Nathan. A further study is reserved for The Philosophy of Music, the most complete reflection on Mazzini's theme, which initially appeared in episodes in "The Italian", a magazine promoted by Mazzini and other exiles of democratic inclination in Paris. This reflection is part of a wider debate on the nature, forms and function of melodrama in the Risorgimento era and whose text was greatly influenced by the French "republican-romantic-Lamennaisian" cultural environment and by the works of George Sand and Frederich Liszt. Music as a key to access the authentic nature of a people, therefore, a view that leads Mazzini to incite "young artists" to rise "with the study of national songs of homelands". Another reflection is dedicated to the triad Rossini, Donizetti and Mayerbeer, who Mazzini, both at the time of the drafting of the Philosophy, and also later, placed at the apex of romantic musical production. Finally, Mazzini's meeting with Giuseppe Verdi, a moment of great symbolic value. It is known that between the summer and the autumn of 1848, Mazzini sent a hymn written by Goffredo Mameli to Verdi, who was in Paris; Verdi put the text to music and so the author of the future national anthem, the Prophet of the Unification of Italy and the greatest Italian musician of the Risorgimento (and beyond) found themselves united in a single text. The original edition of the hymn from 1848 and that of 1865 are on display. At the end of the tour, a section - given the choice of exhibition venue for a place full of history such as the Napoleonic Museum in Rome - is dedicated to the relationship between Mazzini and Bonaparte. A dozen portraits, including lithographs and engravings, present some characters, including female ones, of the Bonaparte family who came into contact with Mazzini and who were involved in various ways in the Risorgimento process. The presentation on display of the portrait of Mazzini by Emile Ashurst Venturi, owned by the Mazzinian Institute of Genoa, should also be highlighted, shown here after the restoration carried out for the occasion on commission of the Mission Technical Unit. The work is twofold: for the quality of the portrait, which can now be fully appreciated thanks to the restoration, and because it was a woman who painted it, Emile Ashurst, daughter of a radical intellectual, a dear and precious friend to Mazzini in his years in exile in London. 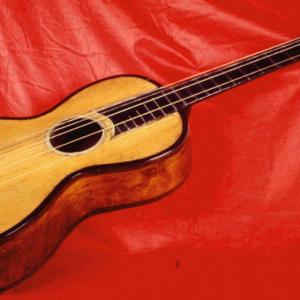 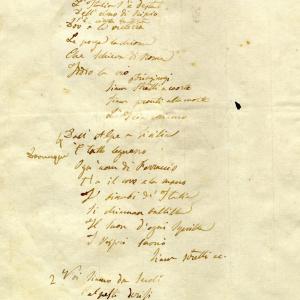