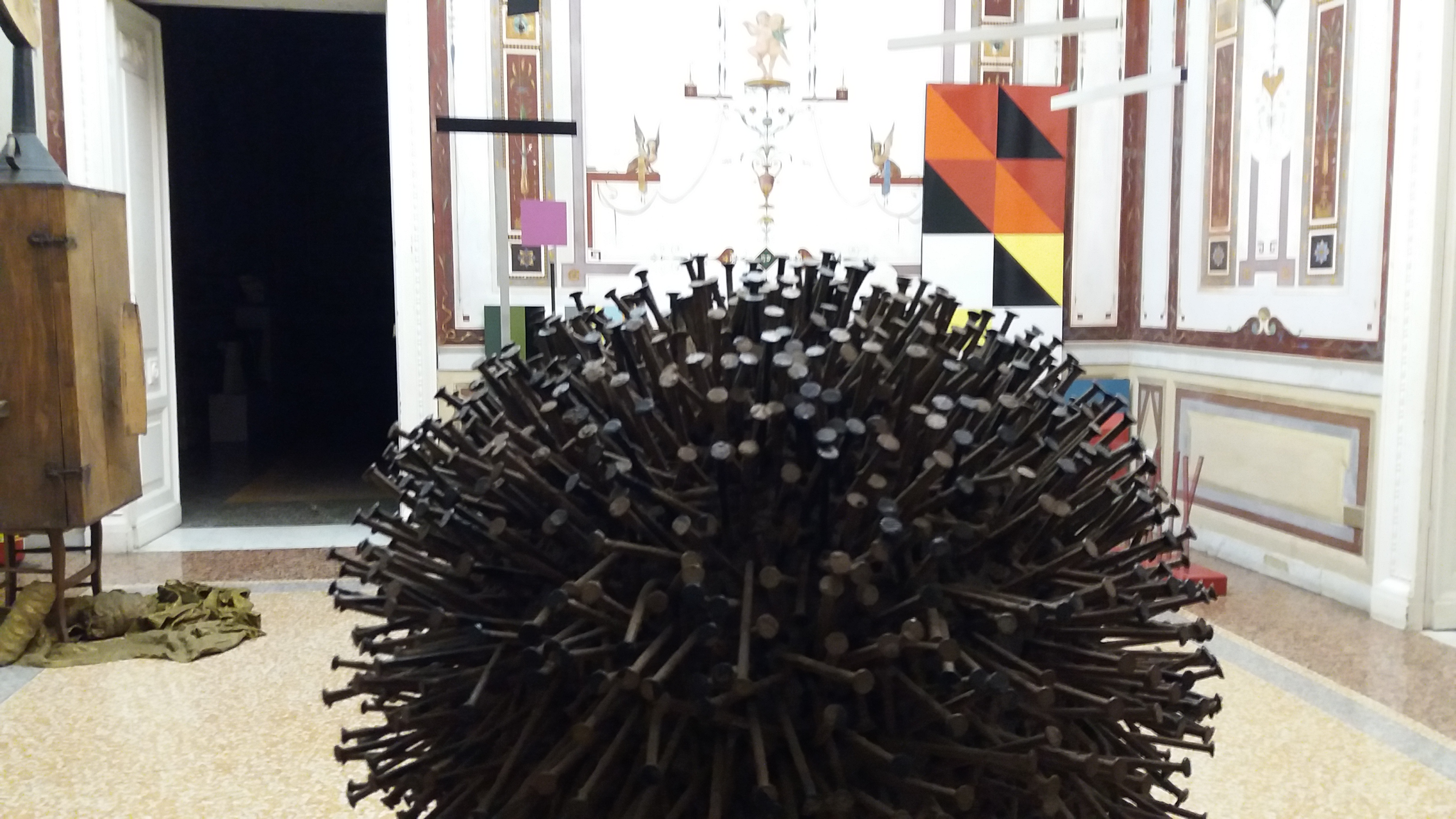 Artist, sculptor, and set designer Uecker, who attended the Academy in Düsseldorf until 1957, began at that time to create structures which developed his visual experimentations while also producing his first relief works covered in nails, whose shadows projected onto the support created perceptual and dynamic effects. At the beginning of the ‘60s, he progressed from his early nail compositions in regular mathematical sequences to rotating structures and lightboxes. In 1961 in Düsseldorf he founded the Group Zero with Heinz Mack and Otto Piene, aimed at a return to the “zero base of art” and a point of reference and exchange for the many European trends emerging at that time in the kinetic-visual field of artistic research.

Group Zero also influenced the Italian groups of Arte Programmata (Italian Kinetic Art) such as Gruppo T (established in Milan in 1959 by Gianni Colombo, Giovanni Anceschi, Davide Boriani, Gabriele Devecchi and, later, Grazia Varisco) and Gruppo N (founded in 1959 in Padua by Manfredo Massironi, Alberto Biasi, Toni Costa and Edoardo Landi) who investigated visual phenomena and the mechanisms of perception with almost scientific methods, positioning themselves as artist-technicians.
Uecker subsequently produced oscillating structures, tables and everyday items covered in nails, high-voltage projects and huge sculptures designed for open spaces.
The sculpture in the museum’s collection, Wounded Nature, is part of the Großer Wald series, large logs of wood (in this case a whole pine log) covered in countless nails.
The museum also houses the drawing of the same subject, in glue and ash on paper.