Home Page Museums List Frugone Collections Between “Scapigliatura” and “Belle Époque”: the charm of the portrait

Between “Scapigliatura” and “Belle Époque”: the charm of the portrait

The visit focuses on the hall of Villa Grimaldi Fassio, a bright space on the first floor, overlooking the park, facing the sea, and embellished with niches, a play of sails on the ceiling and a refined pink Portuguese marble floor.

Entering, on the left, there are some masterpieces related to the Milanese artistic scene: in particular, the precious painting La pittrice by Mosé Bianchi (Monza 1840-1904) and Povero ma superbo, important oil on canvas painted around 1878 by Tranquillo Cremona (Pavia 1837- Milan 1878), exponent par excellence of the Lombard “Scapigliatura” and of that anti-academic reaction that induced the Italian bohemian artists to favour the disintegration of form, in a magmatic relationship between light and colour.

Continuing the visit, we meet Luigi Conconi (Milan 1852-1917), follower of the Scapigliatura and close friend of Cremona, with a painting that came, as  did Povero ma superbo, from the family of a famous Milanese jurist, Enrico Valdata, active in defending the socialists Filippo Turati and Anna Kuliscioff following their arrest: Conconi’s “Portrait of Ada” is particularly interesting and beautiful - a recent donation to the museum, to which is closely linked for commissioning events, the painting was conceived en plein air in 1907 and gifted by a "grateful" Conconi to the lawyer Valdata, Ada's father and second husband of Carlotta Cagnoni, widow since 1878 of Tranquillo Cremona, who died prematurely.

The bronzes by Ludovico Pogliaghi (Milan 1857-Varese 1950), painter and sculptor, also active in the Genoese cathedral of San Lorenzo, and by Giuseppe Grandi (Vanna, Varese 1843-1894), exponent of the Lombard Scapigliatura movement, are of refined quality.

The prince, of Russian origin, Paolo Troubetzkoy (Intra 1866-Pallanza 1938), author of the famous portraits of Tsar Alexander III, Lev Tolstoy, Giacomo Puccini, Arturo Toscanini and many other figures of the time, with his beautiful bronzes displayed on revolving bases in the centre of the hall and in the niches of the southern wall, is the "link" between the cultural heritage of the Scapigliatura - the rippled and flickering frothiness of a material sensitive to light - and the new Belle Epoque atmosphere, breathed in the European capitals of the turn of the century, in Paris above all, where he was able to work like more fashionable painters such as Giovanni Boldini and John Singer Sargent. The Frugone brothers chose five works by Troubetzkoy: a  Cavaliere indiano in vedetta, produced by the sculptor around 1893 in a sort of bronze snapshot, after having seen real Indians brought on an Italian tour - in Milan and Genoa in 1891 – with the American circus Great show of the West by Buffalo Bill; two portraits, of delicate maternal intimacy, dedicated to Princess Gagarina, the artist's cousin, and to his friend Amalia Riva, both with their children in their arms. And finally, two slender and elegant female figurines, linked to the themes of the atelier, Dopo la posa and La modella che si copre, the latter dated 1921 and exhibited in the Biennale in 1922.

In the background, the chromatic strength of some masterpieces of the “italiens de Paris” of the work of Giuseppe De Nittis (Barletta 1846 - Saint Germain-en-Laye 1884) and Giovanni Boldini (Ferrara 1842 - Paris 1931). The attention to the landscape and its light remained a distinctive note in the art of the Apulian painter even after entering, in Paris, in the "stable" of the famous dealer Alphonse Goupil. You can appreciate it in the paintings L'amazzone al Bois de Boulogne, circa 1875, and “L'amaca”, a splendid pictorial piece, immersed in touches of summer light, left unfinished due to the sudden death of the painter and dedicated to his French wife Léontine Lucille Gruvelle, lying in the hammock with the white house cat, and her son Jacques, a boy painted from behind, portrayed in the garden of the country villa.

Giovanni Boldini instead devotes his attention to the sparkling female world of the Parisian Belle Époque, after his beginnings linked to historical painting well represented by Il paggio, giochi con levriero - an androgynous figure in which Boldini portrayed Alaide Banti, daughter of his friend the painter Cristiano, and engaged to the painter, painted in the Florentine area around 1869-70.

Veined with nostalgic melancholy are the wet eyes of Miss Bell and the beautiful countess Beatrice Susanne van Bylandt (1901), very elegant with her hat adorned with beautiful roses and a diamond brooch embellishing her dress: aristocrat of Prussian origins, born in 1876, she did not like the portrait by Boldini, perhaps because it was the gift of a husband from whom, precisely in 1901, she was divorcing. In 1911 she married again and moved to the United States; she died of Spanish fever in 1917.

Indian Knight on the Lookout 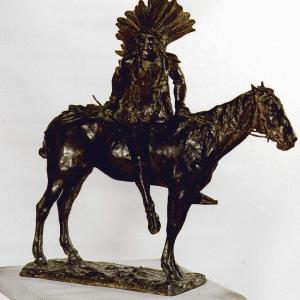 Indian Knight on the Lookout 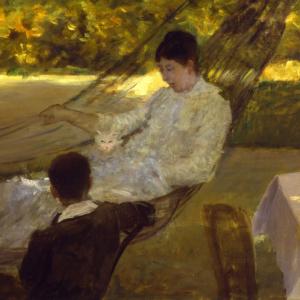 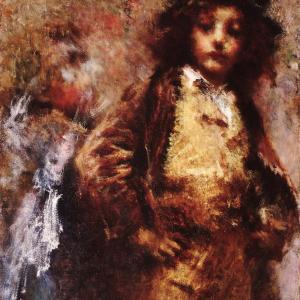 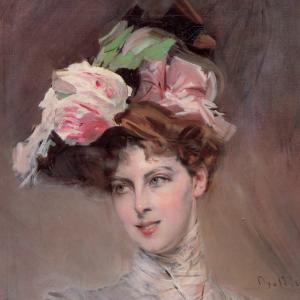 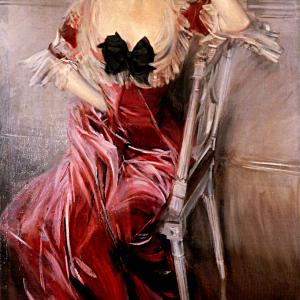 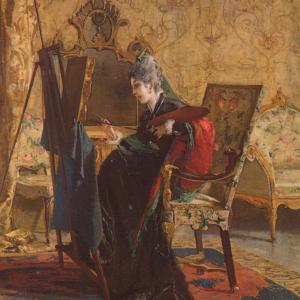 A Young Page, Playing with a Greyhound 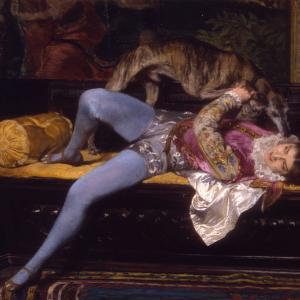 A Young Page, Playing with a Greyhound

Cecilia, Bust of a woman 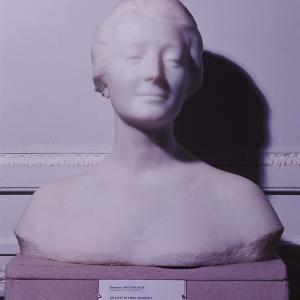 Cecilia, Bust of a woman

Return from the hunt 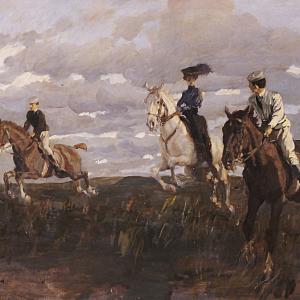 Return from the hunt