Villetta Di Negro is a historic public park, covering an area of about two hectares, located in the centre of Genoa. Adjacent to Piazza Corvetto, it owes its elevated position to the original defensive function of the area on which the sixteenth-century walls of the city stood. After its military use had ceased, in 1785 the land was ceded to Ippolito Durazzo, who turned it into a botanical garden. In 1802 the Marquis Gian Carlo Di Negro bought the site and undertook to found a botanical school directed by Domenico Viviani, this however was transferred elsewhere the following year. The Marquis then entrusted the design of the villa, which he subsequently chose as his residence, to the architect Carlo Barabino, the building to be in neoclassical style and the park according to English style. To the botanical richness of the park, the Marquis added his collection of finds from classical antiquity and subsequently inaugurated a series of busts of illustrious Genoese, in part still visible today. Thanks to the Marquis, patron and scholar, the Villetta remained a place of receptions, art and culture, until his death in 1857. Subsequently the Municipality purchased the site and assigned it for use as a public park. Between 1863 and 1892 the grottoes, artificial waterfall and the gardener's house adjacent to it were built. The villa instead was used to house first, the Museum of Natural History’s zoological section (1873-1912), then the Geological Museum (1912 - 1928) and from 1929 the Ligurian Archaeological Museum, to which was added the collections of Ethnography and Costume.
During the Second World War, the naval bombing of Genoa in 1942 struck and destroyed the villa. To preserve Villetta Di Negro as an important place of culture, in 1948 the Municipality ordered the construction of a new building, on the ruins of the previous villa, which would become the seat of the Oriental Art Museum 'Edoardo Chiossone'.
Even today, the park is characterized by its lush vegetation, with botanical features dating back to its original use. Going up the tree-lined avenues, in addition to the Oriental Art Museum Edoardo Chiossone, you can reach various panoramic points that offer spectacular views of the city and the extraordinary artificial waterfall. 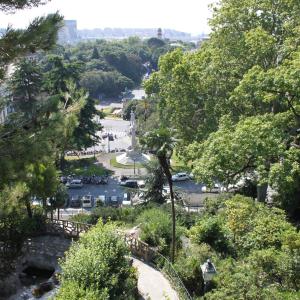 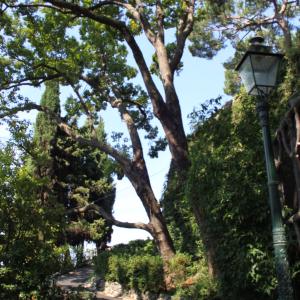 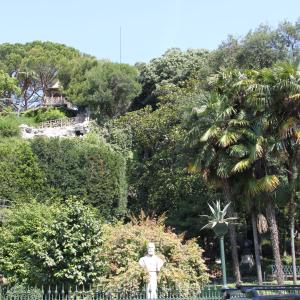 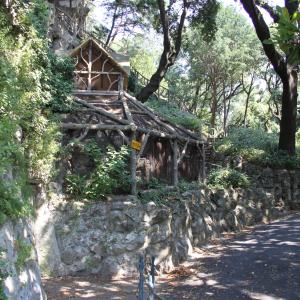