Far Eastern lacquer is a latex extracted from a plant called in Japanese urushi no ki, "lacquer tree" (Toxicodendron vernicifluum or Rhus verniciflua): the extraordinary quality of this material, defined as a "natural plastic", consists in its ability to harden and form a shiny and very resistant surface, excellent for preserving and decorating furniture, furnishings, everyday objects.

The lacquer is applied in numerous superimposed, thin and uniform layers, usually on wooden objects, which, drying and hardening, forms a waterproof coating. Practised since ancient times in various regions of Asia, the art of lacquer has shown particularly complex and interesting technical and formal developments in China and Japan.

A typically Chinese technique is “carved” lacquer (tihong), such as the red lacquer cabinet in display case 16, while “makie” gold lacquer, literally "painting sprinkled", is the Japanese technique par excellence: it is also the best represented in the Chiossone collection and is, by far, the most famous and admired among Japanese productions. Carried out by “makieshi,” a specialized decorator, "sprinkled painting" has, since its debut in the ninth century, continuously evolved to the present day: it consists in forming designs and decorations by sprinkling golden or silvery powders on lacquer by means of screened bamboo gauze straws (see the desk box in display case 16).

The scope of the use of lacquer in Japan included not only the entire category of furniture and home furnishings and “representation”, but also liturgical furnishings, samurai equipment and accessories for men's clothing (display case 17).

The art of lacquer coating and decoration reached its peak of virtuosity during the Edo Period: disparate materials were worked, incorporated and protected with layers of urushi, gold, silver, mother of pearl, ivory, but also turtle, eggshell and the skin of some particular species of fish. 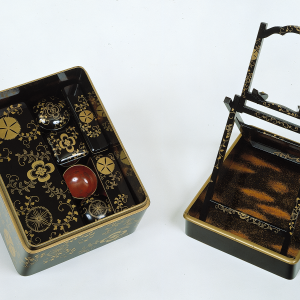 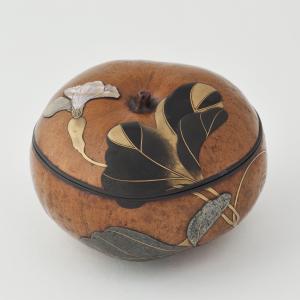 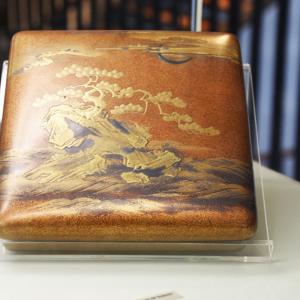 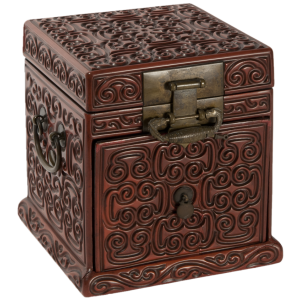 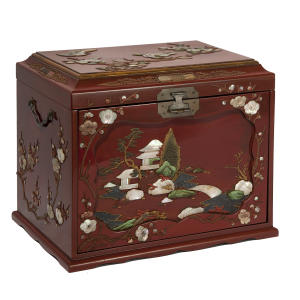