Genoa and the Age of Revolutions

Up on the second floor, the Visitor enters the section dedicated to the age of Revolutions. In the hall, a great model illustrates some of the big vessels, anchored and sailing, built in Genoa during this period. To follow there is the original raft of Ambrogio Fogar, where the navigator and the journalist Mauro Mancini spent 74 days in the Atlantic in 1978, after the Surprise shipwreck.

How was sailing possible in the 19th century? A collection of nautical charts and sailing instruments, among the most important in the world; it allows the visitor taking a closer look at compasses, sextants, marine chronometers, barometers and marigraphs to understand their functioning. The visitor can also consult the nautical charts – the original ones, often still marked with sailing shipping routes - of many areas of the Planet, all dating back between the end of the 18th century and the beginning of the 20th century.

The reproduction of an upper deck of a brigantine-schooner occupies entirely this hall. The brigantine-schooner was a merchant vessel sailing in the Mediterranean as well as in the Atlantic, transporting different cargoes. You can climb onto the upper deck and walk around amidst the original instruments, which are still in working order (a 19th-century English windlass or the spokes rudder), look into the chart room, peer through the portholes of the sailors’ deckhouse, and work the rudder. From the ship’s stern, the visitor can lean over and admire the captain’s cabin, perfectly reproduced with furniture, original nautical instruments and navigation charts.

This section reproduces a shipyard of the end of the 19th century. The visitor walks through the offices, the carpenter’s workshop and the workshop, equipped with original machinery still working. The reproduction of a setting recreates the construction stages of a “leudo”, a typical coasting ship of Liguria.

The second floor ends with the reproduction of the interior of a late 19th-century English yacht club, inspired by the legendary Royal Yacht Squadron, the most prestigious sailing club in the United Kingdom. The gallery allows the visitor to dive into exclusive circles frequented by the English nobility more than a century ago. about one hundred valuable paintings from the Beppe Croce Collection, valuable wallpapers and curtains, Chesterfield armchairs can be admired. Oil paintings, watercolours and antique lithographs depict the evolution of sailing boats: the yachts. Galleys, yawls, cutters, American and French launched vessels, which sailed between 1832 and 1907: the era when the first regatta competitions took place, which were to become legendary, such as the Cup of 100 Guineas in 1851, from which America's Cup stems from. 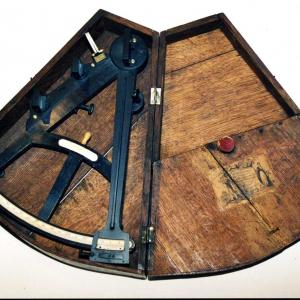