In the initial corridor which leads to the first hall, along the wall on the right side visitors find the Affresco di Renzo Piano (Fresco by Renzo Piano), a famous urban project of the Genoese Waterfront, designed and subsequently donated to the Museum by the Architecture Office “Renzo Piano Building Workshop”; on the left side here is an aerial blow-up picture of modern Genoa. These Fresco therefore ideally join together“Genoa as it is today” with “Genoa as it could be” ,  and create a link with “Genoa as it used to be”, well represented by the large painting by Cristoforo Grassi with the “Veduta di Genova nel 1481” (View of Genoa in 1481), placed in the first hall.

- Christopher Columbus and the port of Genoa at the beginning of the modern era.

In the summer of 2013, the part of the collection dedicated to that period, which includes some of the most famous and important works of the Museum - the portrait of Columbus ascribed to Ridolfo del Ghirlandaio, the most ancient view of Genoa by Cristoforo Grassi, painted during the 16th century, and the renowned Book of Privileges (a handwritten collection of all the honours and titles bestowed on him during the years he served the Spanish kings) - has been set up again and provided with multimedia supports which will allow visitors to discover the history and the peculiarities of ancient and modern themes, such as those regarding the Port of Genoa, with its 1500-year-long history, and Christopher Columbus.

- Andrea Doria and the Genoese Galleys

A model of a galley, a painting portraying the Port of Genoa in the 17th century and the battle between the imperial and Turkish galleys, painted by De Wael: these are the three extraordinary original works which visitors can admire before entering the Dock Armoury.

- The Weapons of the Republic

The visiting route continues in the Armoury, where armours, helmets and weapons are kept. They were given the army usually on board of galleys. Protected by wood and iron gates and guarded by two “soldiers of the galleys”, helmets, armours and cold steel weapons are perfectly placed on the rack, as if time had stopped and they could be used at any time. On the waistcoats and helmets, it is still possible to detect the blows delivered to test their resistance before use and the subsequent damages caused by the battles.

- Naval Dockyard: the Galley in the Port of Call

Unexpectedly, the visitor comes face to face with the galley, allocated on the original launching ramp. The ship on show is an exact replica of a 17th-century Genoese galley, and it is the result of three years of research and one year of actual shipbuilding. The galley, with its large red ram, towers over the public, which is surrounded by the sounds of yore: carpenters and caulkers yelling and the noise made by the working tools. Getting closer to the left side of the galley, one of the carpenters calls whoever passes, mistaking this person for one of the many galley slaves, and invites you to get on board: you will access the galley directly, through the frames. Visitors can then stand in the shoes of slaves, convicts and “buonavoglia “, and discover what life was like aboard the galleys.

After meeting the main characters of the Shipyard aboard the Galley, slaves - visitors can get to know more on some aspects in the “Ludoteca della Galea”: how did a naval gun work back then? What did people eat? What was it like to be chained to the banks of oars? How did the navigation tools work back then? A scientific project carried out by the Mu.MA staff and managed by Costa Edutainment, that aims at a better knowledge of life aboard the galleys. 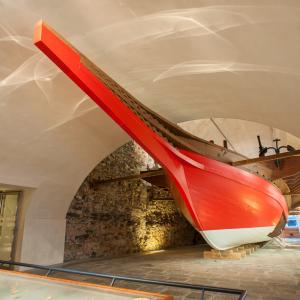 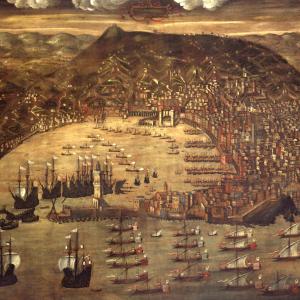 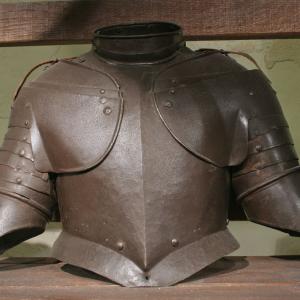 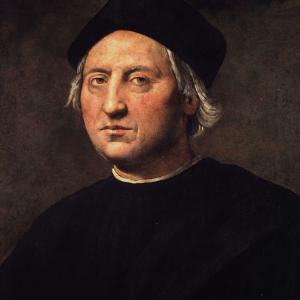