In 1919, the villa was bought by engineer Carlo Barabino and in July 1927 Villa Saluzzo Serra and the adjacent Villa Gropallo were bought by the Municipality of Genoa, which joined the parks of the two properties and opened them to the public in a single path to reach the promenade on the cliffs of Nervi, through the railway underpass. After being partially exhibited in several rooms of the Palazzo Bianco Gallery since 1892 and then in three rooms on the ground floor of the Palazzo Rosso since 29 December 1919, on 16 December 1928, the new Gallery of Modern Art was opened in the Villa Saluzzo Serra.

After moving all the artworks in May 1943 to Voltaggio (a Ligurian inland village) to preserve them from the bombings, the museum opened its doors back on 24 July 1946 with a new arrangement. However, it closed again in July 1989, pending a programme of overall restoration and rehabilitation of the old building and annexes (chapel, greenhouse and stables), as well as the rearrangement of the pieces, based on the latest technological and scientific criteria. In view of the celebrations for the title of European Capital of Culture for 2004, the Municipality of Genoa rearranged the entire system of civic museums, also acquiring the museums of Nervi (the Gallery of Modern Art with the Wolfson collection, the Frugone collections in the Villa Grimaldi Fassio, and the Giannettino Luxoro Museum in the Villa Luxoro) and the historical parks, as a strategic nodal resource to enhance the Levante, the eastern part of the city historically devoted to tourism.

In 1999, the mandate for this new project was thus given to a team of professionals, including architect Emanuela Brignone Cattaneo and Enrico Pinna, who designed the current arrangement, opened on 12 November 2004, in a mutual relationship between the spaces of the old villa, the collections and the lush outdoor environment. Of particular relevance in the preservation of the building structure of the villa is the sophisticated system of movable plasterboard walls, hiding the air-conditioning units placed against the walls of the rooms. 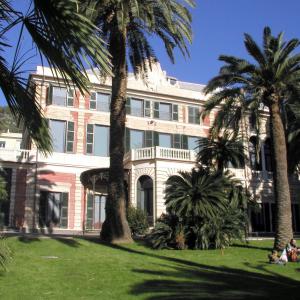 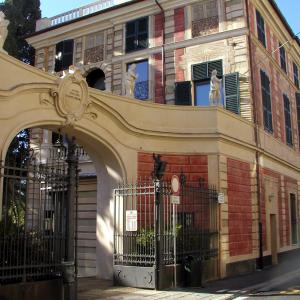 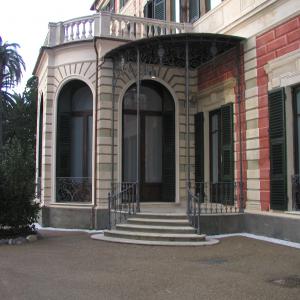 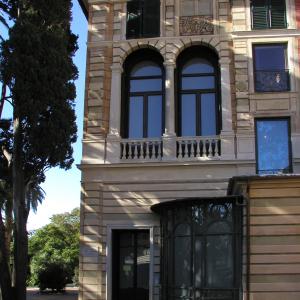 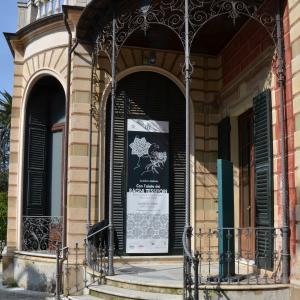