The magical 20th century of the Modern Art Gallery: from Felice Casorati to Filippo De Pisis, from Francesco Messina to Renato Guttuso

After having established specific commissions of specialists to choose the works, the Gallery of Modern Art started a shopping campaign, starting in 1912, at the Venetian Biennials, at the official exhibitions of the local Promoter and, later, of the Union of Fine Arts and the Quadrennial Romano, with the specific objective of documenting Ligurian artistic production and, for example, the national one. Landscape, still life and portrait themes characterize the museum's acquisitions in the interwar period.

Works by Antonio Discovolo (Bologna 1874- Bonassola 1956) an artist linked in the first instance to the symbolist and divisionist circles, were purchased, and are presented here Il castagno in 1921, a brilliant post-impressionist view that transports the viewer to the sea of the Cinque Terre through a curtain of tree fronds. Domenico Guerello (Portofino 1891-1931) with Calma argentea, oil on canvas from 1922, in which the painter portrays the artist Alma Fidora, wife of the critic Ugo Nebbia, mixing figure and nature in a magical and rarefied Casoratian atmosphere. A suspended atmosphere that, in part, is also found in Pietro Dodero's Terrazzo sul mare  (Terrace on the sea) of 1923, a strong pictorial piece with a still life in the foreground, and the inlet of Portofino as a background, close to Central European portraits suggesting solidity and health.

From the metaphysical-classical Archaeologist by Filippo De Pisis, a canvas of 1928, exhibited at the Venice Biennale of that year - a timeless suggestion that the artist produced, perhaps, in Paris where he had recently moved - to La mietitura by Arturo Tosi (Busto Arsizio 1871-1956), exhibited at the Rome Quadrennial in 1935 and set in the Bergamo valleys; an unusual view of the Port of Genoa in 1939 and Villa Pace – the painting was purchased at the 1930 Venice Biennale - by Enrico Paulucci (Genoa 1901- Turin 1999).

A room on the mezzanine floor is dedicated to sculpture from the 1920s and 30s including important artistic figures: for example, Eugenio Baroni (Taranto 1880-Genoa 1935) with some intense pieces designed, with hints of Wildt and expressionist traits close to Kollwitz, for the Monumento al Fante del Monte San Michele al Carso (Monument to the Infantryman of Monte San Michele al Carso), which was never built, exhibited at the 1926 Biennale, some of these were purchased and some donated to the museum by the Association of the Mothers of the Infantry in the same year. Linked to the Genoese period is the bronze Ophelia by Francesco Messina (Linguaglossa 1900-Milan 1995), which can be admired in the adjoining room: purchased in 1923 at the exhibition of the Society Promoting the Fine Arts of Genoa and the result of a balanced mix of naturalism and classicism that characterizes the Nudo di giovinetto, an infantile miniature kouros from 1930, and an Olympic Pugilatore in riposo alle corde (Boxer resting on the ropes), purchased at the Biennale in 1930.

The plaster of the Vittoria alata (Winged Victory) or Vittoria che cammina (Vittoria walking) by Arturo Martini (Treviso 1889-Milan 1947) dates to 1932, an emphatic sketch of breath of the archaic which was presented in the competition for the "Tenth anniversary of the March on Rome", and to 1936 the fine bronze of San Giovanni Baptist, saint, but foremost, in the idea of Martini, a man and humble shepherd, purchased at the Venetian Biennale in 1936. 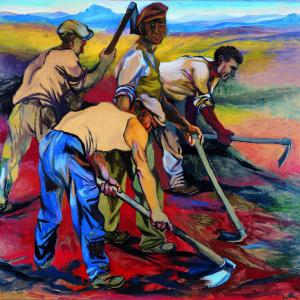 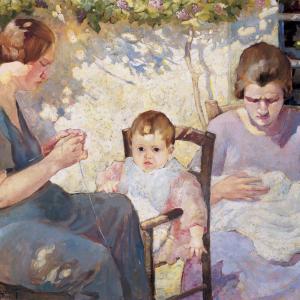 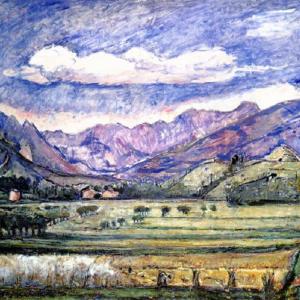 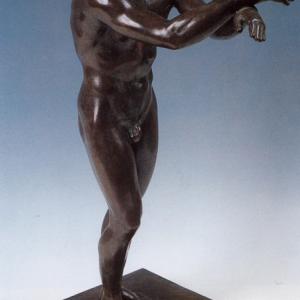 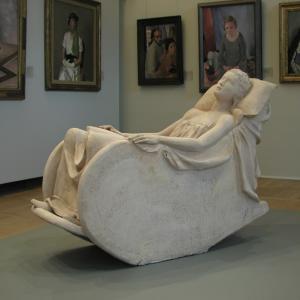 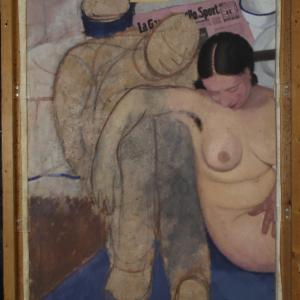 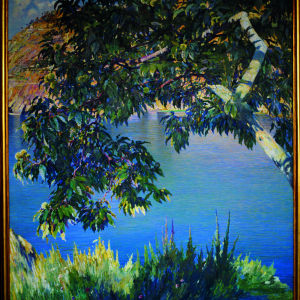 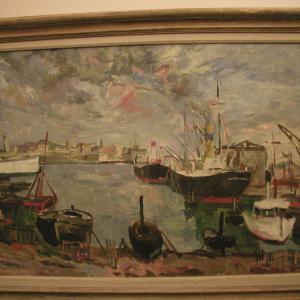 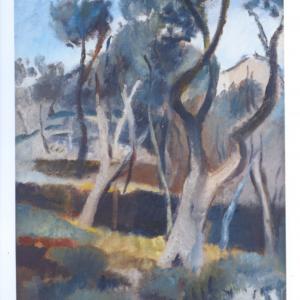