Imaginary views and city views in the 19th-century art

To the left of the museum entrance, the first room opens with a bright bay window projecting into the park. Distinguished by rich 18th century floral stucco and integrated, as regards the bay window, in the following century, the room is dedicated, in a play of references to the romantic tone of the external landscape and to the results of artistic landscape painting in the second half of the 19th century, still halfway between academic lessons, romanticism and new naturalism.

The side walls, among other paintings, it is worth noting a glazed and limpid view of Genoa from 1850, the work of the Venetian Ippolito Caffi (Belluno 1809-Lissa 1866), who was forced to take refuge in Liguria between 1849 and 1854 for political reasons; and also, with a hint of storm, by the Swiss "painter-reporter" Carlo Bossoli (Lugano 1815 - Turin 1884), again taken from the heights of the city in 1872.

Earlier evidence of the urban transformation of Genoa in the first half of the 19th century is the painting, which can be admired entering the room on the right, by the famous English artist Thomas Lawrence (Bristol 1769-1830), The demolition of the Church of San Domenico. Lawrence, known as the "English Titian ” of portraits and president of the Royal Academy of Fine Arts in London from 1820, painted the demolition of the important Genoese Gothic church in 1819, while returning from Rome, where he had gone to paint the portrait of Pope Pius VII. The Church of San Domenico was demolished to make way for the construction of the Teatro Carlo Felice and the Academy building designed by the architect Carlo Barabino in the first half of the 19th century. 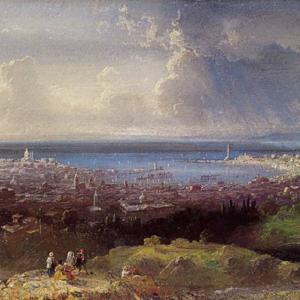 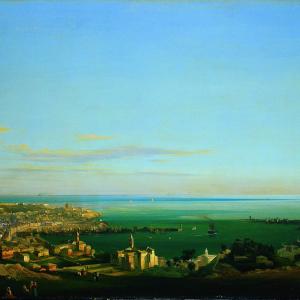 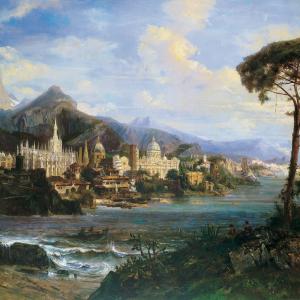 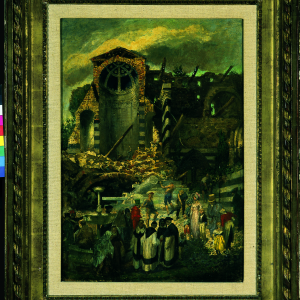