From the "Grey School" to end of the century late Impressionism: experience on landscape art from life

In the fourth room the visitor has the opportunity to appreciate the artistic experience related to the landscape, collected by Prince Odone of Savoy himself, starting with the paintings of his first painting master, the Piedmontese Angelo Beccarla (Turin 1820-1897), who updates the classic setting of his landscapes with a fresh and bright naturalism; no less important is a canvas relating to the "political" events of the day with respect to the unification of Italy, that is the vote for the annexation of Abruzzo, a work from 1861 by Enrico Gamba (Turin 1831-1883) and purchased by Odone.

“Do you want to know how De Avendano, De Andrade, Pittara, Rayper make their paintings? They want to represent the countryside: well they start by going to find it by going to the places that best suit their tastes: and so they choose at times stony, now grassy, now mountainous, now flat, either on the hill or by the sea. Once there, you find them with their folders, lapis, looking for subjects. They make a hundred sketches to find the motif, the line, the chiaroscuro, the elegance ... ". The words of the painter and architect Alfredo D'Andrade (Lisbon 1839-Genoa 1915) here present with the oil, “Motivo sulla Bormida” of 1865, which vividly summarizes the habits of a group of artists who recognized themselves, starting from 1863, in the "Grey School ". Encouraged by the foreign news of the Barbizon School, by Corot, by the close contacts with the Tuscan Macchiaioli, and by the lucid intuitions of Tammar Luxoro (Genoa 1825-1899) - painter to whom we owe the “Scuola di paesaggio dal vero (Landscape school from life) of the Ligustica Academy of Fine Arts and Landscape works of 1865, “L'Entella” of 1863, “Porto di Savona”, “La via ferrata” of 1870 -, Ernesto Rayper (Genoa 1840-Gameragna 1873), with “Gombo” and with “I Pittori”; Serafín Avendaño (Vigo 1838-Valladoid 1916) with “Savignone: le Gabbie” (1870ca.) and the exuberant “Riviera di Genova” (1881); Alberto Issel (Genoa 1848-1926) with a “Paesaggio di Rivara”, proposed a repertoire of subjects drawn from direct observation of the landscape represented with silver-grey chromatic tones to better capture the brightness of the natural environment on the canvas. Favourite places for summer meetings were Carcare and the Bormida valley, the Ligurian coast, the beaches around Viareggio – where Vincenzo Cabianca (Verona 1827-Rome 1902) and Luigi Bechi (Florence 1830-1919) were also painting, of which valuable evidence remains in the splendid oils purchased by Odone -, and finally the areas of Canavese, where, between 1868 and 1870, "grey" and Piedmontese joined in the fruitful "School of Rivara", intended to overthrough the old academic rules.

Antonio Varni (Genoa 1839-1908), with his “la Chiesa di San Nazaro” in 1881, closes the period of the Grey School, that the artist followed after studying in the Florentine and Macchiaiolo context.

The attention paid to the trends of European painting, and to late French impressionism in particular, finds, in the short corridor after room 4, significant interpreters in the Ligurian painters Dario Bardinero (Genoa 1868-1909?), an enigmatic personality, also attracted to symbolism, who disappeared without a trace; Eugenio Olivari (Genoa 1882-1917), with “I bagni al Lido d’Albaro” (ca. 1915-17), painted with strategic touches of colour, unfinished and dedicated to one of the fashionable places for Genoese bathing; Andrea Figari (Sassari 1858-Genova 1945), specialist in seafaring subjects, with a piece of modern history dedicated to the sailing boats at the Montecarlo regattas of 1906; Giuseppe Raggio (Chiavari 1823- Rome 1916), who moved early in his career to Rome, where he frequented the artists of the famous group of the "XXV of the Roman countryside", and recorded on canvases precious documentation, already with a breath of symbolism, the work of the drovers with herds of horses and buffaloes. 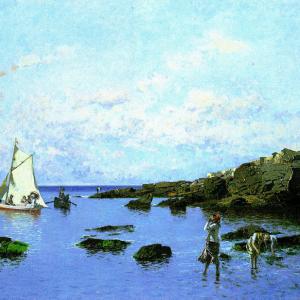 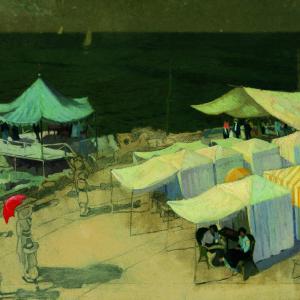 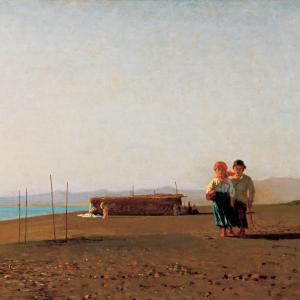 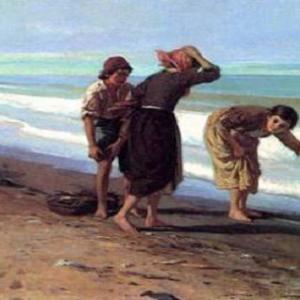 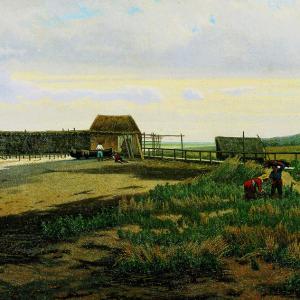 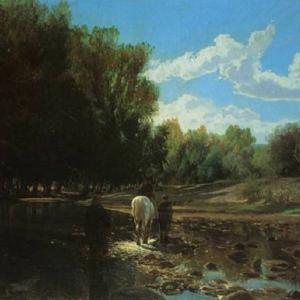 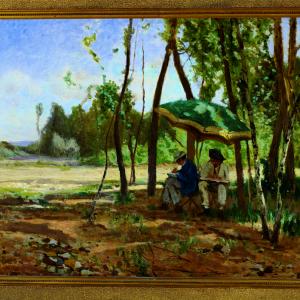 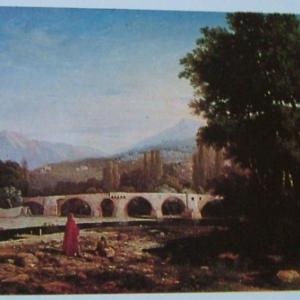 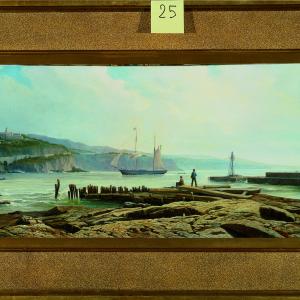 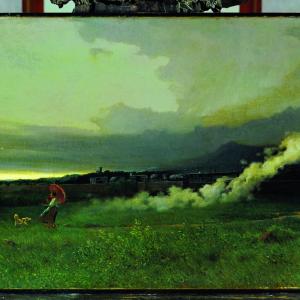