Divisionism and Symbolism in Liguria

Going up the staircase that leads to the first floor (Piano Nobile), we proceed towards the artistic testimonies of the 20th century. The window, at the top of the stairs, offers a view of the chapel and the entrance arch to the park with a crown of 18th -century sculptures and, to the right of the window, is set “Maternità”, a statue with a clearly liberty flavour by Edoardo De Albertis with whom we want to introduce the artistic climate of the new century, it is accompanied by oils on canvas linked to the social symbolism of Giovanni Battista Costa (Rapallo 1858- Genoa 1938), "Scaricatori di carbone nel Porto di Genova" (coal unloaders in the Port of Genoa), (1892).

Inspired by a more decadent literary symbolism is Pompeo Mariani's “La sposa del mare” (The Bride of the Sea) or “L’innamorata del mare” (The Enamoured of the Sea), (Monza 1857- Bordighera 1927), a painting inspired by the female protagonist of an episode that took place in Bordighera, made between 1897 and 1898, with a further seven painting of various sizes for the Genoese apartment of the doctor and city councilor Francesco Grossi.

This room is dedicated to the protagonists of the artistic renewal of the turn of the century in Liguria, to the adoption of the poetics of symbolism and divisionist technique, to Plinio Nomellini, to Edoardo De Albertis and to Rubaldo Merello in particular.

No less interesting is the neo-Michelangelo style of Edoardo De Albertis (Genoa 1874-1950), the taste for unfinished material and for literary referenes that came from his friend the poet Ceccardo Roccatagliata Ceccardi: the plaster casts “Deucalione” and “Pirra” testify to this, the artist prepared a large seat in yellow-coloured artificial stone which was presented in the decorative arts section at the 1906 Milan exhibition, created to celebrate the Simplon Tunnel, and the bronze bas-relief of the “Hyades” created for the exhibition’s sponsor company of 1914; “Il Pensiero” (The Thought), circa 1913, model for the tomb of Ferrando Roggero, a strong “plastic” figure attributable to the Michelangelo's Sibyls of the Roman Sistine Chapel; “Autunno”, a vibrant bronze but late in terms of the stylistic choice of symbolism, created for the entrance of the Ligurian Hall set up at the Exposition des Arts Décoratifs in Paris in 1925. 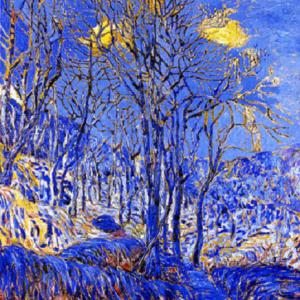 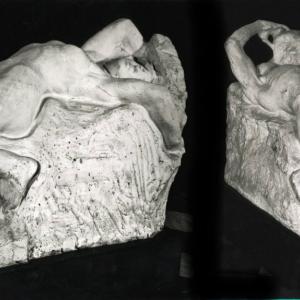 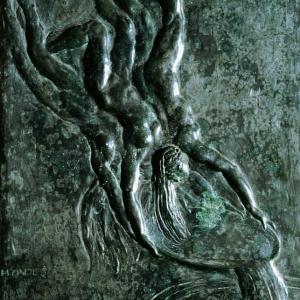 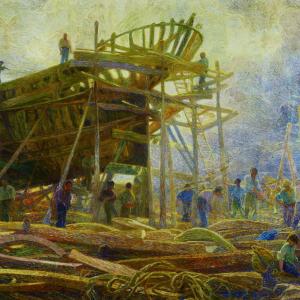 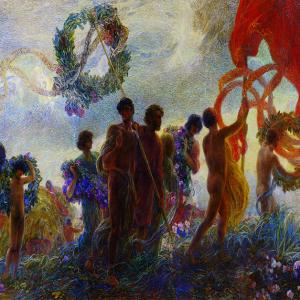 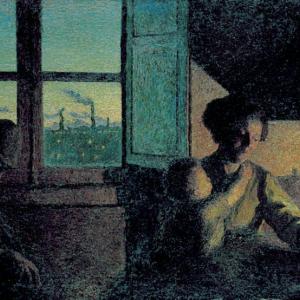 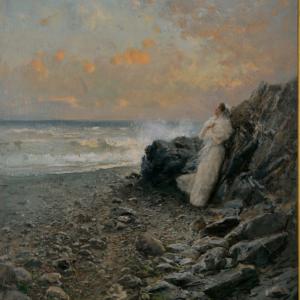 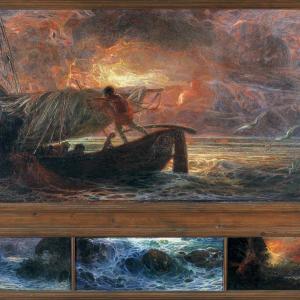 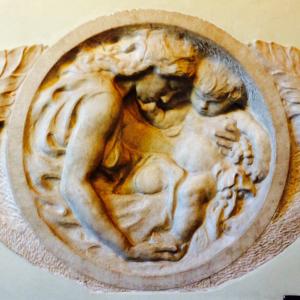