Doria and the foundation of the Museum

Between 1865 and 1866, the Municipality of Genoa inherited two important naturalistic collections: that of Marquis Lorenzo Pareto (1800-1865) and that of Prince Odone of Savoy* (1846-1866). The former, a famous geologist, had bequeathed to the municipality a collection of rocks, minerals and fossils; the latter, who had amassed the most diverse collections, bequeathed a collection of European and exotic shells.

Returned from Sarawak, Giacomo Doria proposed to donate to the Municipality his collection of zoological specimens from Europe, Persia and Borneo, provided that a Natural History Museum was established.

In the public session of 24 April 1867, the Municipal Council convened to discuss the “Proposal of the Board for the establishment of a Civic Museum of Natural History”; after extensive debate, the Council welcomed the proposal of the Board by a great majority and entrusted Giacomo Doria with the Direction of the Museum.

Once the new Museum was set up, Doria immediately thought of publishing the results of their research in a journal: in 1870, he created the Annali del Museo Civico di Storia Naturale di Genova.

Between November 1879 and February 1880, he participated with Beccari in an expedition for the Italian acquisition of the Bay of Assab in Eritrea. Aboard the Royal Avviso “Esploratore” battleship, under Captain De Amezaga, the two naturalists compiled collections in Zante, Port Said, Cairo, Suez, Massawa, Assab and Aden.

In 1881-82, Doria moved to Tunis with his family for a diplomatic mission and used the opportunity to make zoological collections.

Soon, he received a series of assignments that distracted him from his beloved studies: in 1888 he was appointed Municipal Councillor and later Executive Councillor, thus being involved in the organisation of the 1892 Columbus celebrations in Genoa. In 1889, he was elected Honorary Member of the Società Geografica Italiana (= Italian Geographical Society) and a member of the Consiglio Superiore dell’Istruzione Pubblica (= Higher Board of Public Education) in Rome. In 1890, he was appointed Senator of the Kingdom and Alternate Mayor of Genoa.

In January 1891, he was elected President of the Società Geografica Italiana; two months later, on 16 March, he was also elected Mayor of Genoa and held office until 7 July, before resigning out of distaste for a series of disputes, and moved to Rome for a few years.

As President of the Società Geografica Italiana, he promoted and supported various exploration trips to remote lands. These trips were aimed to expand the geographical knowledge of unexplored regions but were often made for military purposes and colonial expansion. The travellers were trained in Genoa by Gestro to properly collect and preserve their finds, which were sent either to Genoa if zoological or to Florence if botanical or ethnoanthropological (then to Rome).

In this way, thanks to Doria’s personal contacts and (also financial) support and the practical instructions given to intrepid explorers, Genoa Museum grew rich with collections of great scientific value, still at the core of the exceptional exotic collections preserved here to this day. 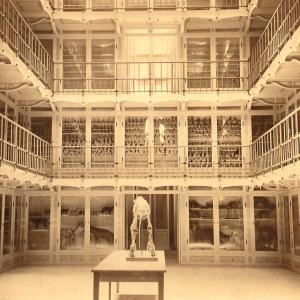 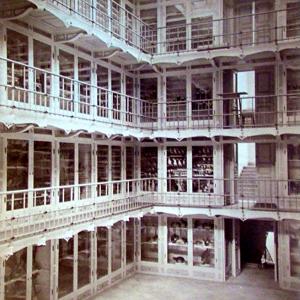