The most notable fossils are displayed in the Salone di Paleontologia [Palaeontology Room], which is dominated by the large skeleton of an ancient Italian elephant (Elephas antiquus italicus) which lived during the Quaternary in the forests of Eurasia and is now extinct. It is probable that the elephant, which was found in 1941 in a deposit of diatomaceous earth in the Viterbo area, became trapped in mud in a lake and was unable to get back to the bank. After its death, the elephant sank to the bottom of the lake and slowly became buried in sediment composed of microscopic diatom skeletons. When this turned into rock, the fossil of this large animal was preserved. In order to prepare the skeleton for its display in Genoa, the specimen was moved to the Institute of Geology in Pisa, where the bones were sadly damaged by Allied bombing and thus had to undergo further restoration work.

Between 1953 and 1954, the skeleton was finally installed in its current position, thanks to a financial contribution made by the Amici del Museo Society. In 1996, the specimen underwent meticulous restoration work carried out by the Insititute of Geology and Palaeontology at the University of Florence.

Another of the specimens on display is the holotype of the Flabellaria mediterranea palm, which was described by Senofonte Squinabol (1861-1941) in 1891.

The display cases offer a comprehensive view of a range of fossilisation methods and fauna from several geological periods.

The “A history of Liguria (from the Eocene to the Pleistocene)” display case tells the geological history of Liguria, while “Under the streets of central Genoa” explains that urban Genoa was the site of a tropical sea five million years ago. 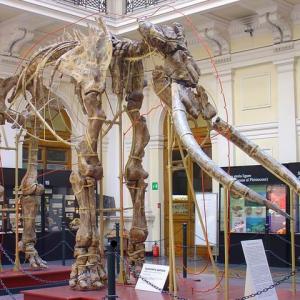 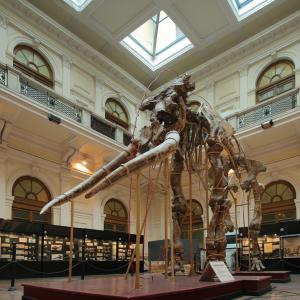 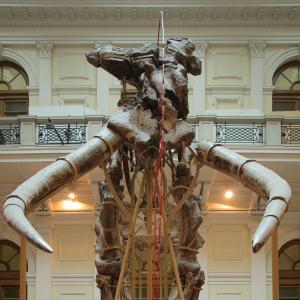