In the first of the three rooms dedicated exclusively to ornithology, examples of species found or spotted in Liguria are displayed on one side. There are 412 species of Ligurian ornithological fauna, of which 160 nesting and 130 wintering, while the rest can only be observed when they migrate or appear occasionally. The exhibition begins with small Passerines before moving on to the Columbidae family, Ducks, Gulls and other marine birds. There are also some species of Parrots which have colonie Genoa, and to a lesser extent Savona, and now reproduce as normal in the city.

On the other side of the room, in addition to display cases dedicated to the anatomy and biology of birds, visitors can admire specimens of extinct species, such as the passenger pigeon (Ectopistes migratorius), and the Hoopoe starling or Réunion starling (Fregilupus varius), which lived on the island of Réunion (in the Mascarene Islands in the Indian Ocean). The last specimens disappeared between 1835 and 1840. The specimen on display is one of only 23 currently displayed in museums around the world.

The exhibition of Ligurian birds continues in the next room with diurnal and nocturnal birds of prey. Meanwhile, the series of species grouped into systematic order begins with flightless birds (ostriches, rheas, emus and penguins). The group of cassowaries is of particular scientific importance and visual impact. These elusive, flightless birds are native to the rainforests of New Guinea, nearby islands and north-eastern Australia. They were collected at the end of the 19th century by the explorers Odoardo Beccari, Luigi Maria D’Albertis and Lamberto Loria, who were in south-east Asia at the time and had contacts with the museum. There are also three very beautiful and significant kiwis. These unique, flightless birds are native to New Zealand and live nocturnally.

The general Birds exhibitions concludes in Room 13, which features specimens of several families, including hummingbirds, albatrosses, herons, ducks, parrots, pheasants, partridges and birds of paradise. There are a large number of birds of paradise held in the museum, whose collection is one of the largest in Europe. Among the geese on display are two fascinating – yet very different – species: the Hawaiian goose and the red-breasted goose.

Among the many specimens displayed in the birds of prey section is a striking bearded vulture (Gypaetus barbatus): this species, which has been extinct in Italy since 1913, is the subject of an extensive reintroduction programme and has now resumed nesting regularly in the Alps. 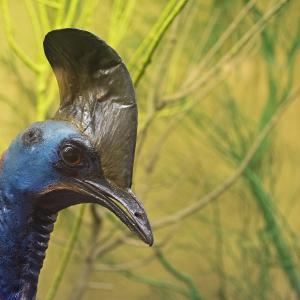 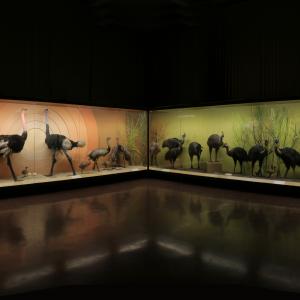 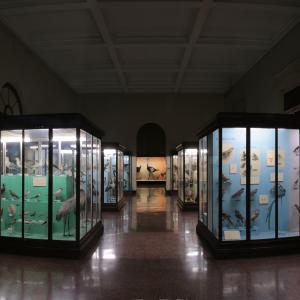