Some of the main researchers who described and revised the materials of the collection include Giacomo Doria and Wilhelm Peters.

For many years, the illustration of the exotic collections was almost exclusively the task of George Albert Boulenger, who published 35 works on the periodical “Annali”.

Around 1935, the collection was managed by Felice Capra, followed by Lilia Capocaccia and then by Giuliano Doria.

A significant increase was recorded in 2000, when the then Zoological Institute of the University of Genoa transferred to the Museum 980 jars containing, among other things, the specimens in alcohol collected by Giuseppe Scortecci in Yemen and Somalia. 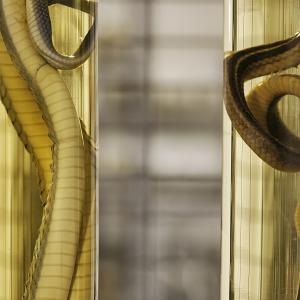 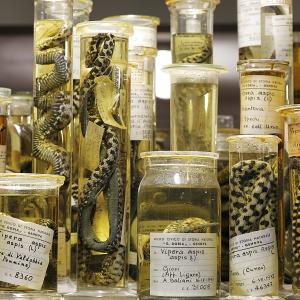