The Mammal collection comprises nearly 15,000 specimens, preserved both dry and in alcohol. Among the numerous types of the collection (about one hundred), the type of the Camoscio d’Abruzzo (Apennine chamois) is worth a mention.

The section of bats (over 2,000 jars just for specimens in alcohol) has particular significance thanks to the great work of Giacomo Doria’s, who was drawn to the study of bats, gathered some himself and, more importantly, had many collected in Italy and all over the world from an increasingly vast network of correspondents and thanks to exchanges with different museums and institutes.

Equally rich are the series of Primates (119 species from all over the world) and Marsupials from New Guinea.

Besides Doria himself, these specimens were studied by famed mammalogists of the time and continue to be examined today.

Also in recent times, the Mammal collection has been enriched through private donations – e.g. hunting trophies donated by Ermanno Civalleri in 1997 and by Silvano Carnelutti in 2006 –, as well as with specimens from the collections of Genoese secondary education institutes and, in Liguria, animal remains. Between 1980 and 2012, up to 155 specimens of Cetaceans stranded on the Ligurian coasts were gathered. 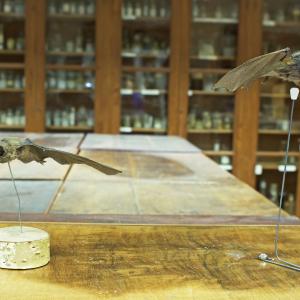 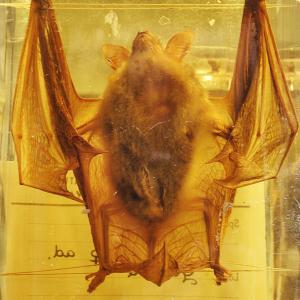 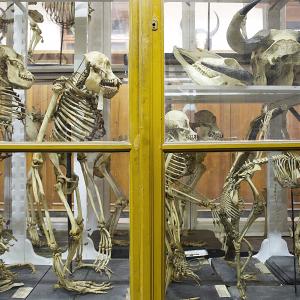 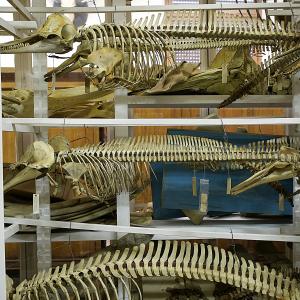