The palaeontological section of the Museum comprises upwards of 15,000 specimens.

The most notable pieces are exhibited in the Paleontology Salon, with the large skeleton of an ancient Italic elephant in the centre of the room, found in 1941 in a fossil flour deposit near Viterbo. To consolidate the skeleton for assembly in Genoa, the specimen was transferred to the Institute of Geology in Pisa, where the bones were damaged by the allies' bombardments and had to be further restored. In 1953-54, the skeleton was finally mounted in its current location thanks to the financial contribution of the Society of Friends of the Museum. In 1996, a careful restoration of the specimen was carried out by the Laboratory of the Institute of Geology and Paleontology of the University of Florence.

Worthy of note is the rich collection of about 800 fossil plants from Riano Romano (collected in 1959-1960), as well as the Cave Bear finds from the caves of Savona, gathered by Father Giovanni Battista Amerano during his excavations.

The significant fossil molluscs of the Rio Torsero (Savona) collected and studied by Antonio Hornung between 1920 and 1927 should also be mentioned.

Over the years, the collection has also been increased by the donations of private mineralists and palaeontologists, as well as the pedagogic collections once used in various schools in Genoa.

The paleontological collections of the Museum have often been studied by Genoese university professors, some of whom (particularly, Maria Cristina Bonci and Marco Firpo) in recent years have greatly assisted our scientific staff in the design and setup of the present exhibition. 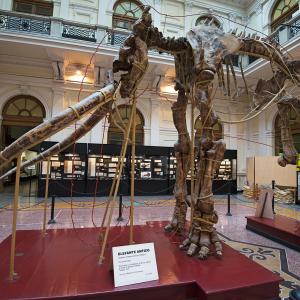 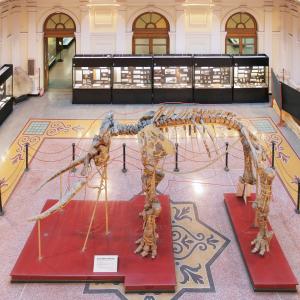