Have you ever participated in a regatta in Sarawak, the land of Sandokan?

Do you know what the vermouth tastes at the Hotel de l'Europe in Singapore?

How do you travel first class from Hong Kong to San Francisco on the Tokyo steamboat?

Have you ever been invited to lunch by the mayor of Melbourne?

Where would you go with a free first-class pass for the entire Australian rail network?

Captain Enrico Alberto D'Albertis did all these things and a thousand others between 1877 and 1878, and kept record of them in a travel album he called “Ciarpe, frastagli e scampoli” and which collects mementoes of his first trip round the world, starting in Livorno on 24 October 1877 and ending in Plymouth a year later, before returning to his beloved Genoa.

A travel diary made of newspaper clippings, hotel and ship menus, business cards in Japanese, entrance cards to exclusive clubs, letters from governors and consuls, reservations for theatres, telegrams and jokes: an album that allows us to travel with him through India, New Guinea, Australia, New Zealand and Tasmania, to China, Japan, New York, Galapagos, Jamaica and Barbados ...

A journey that takes us on a trip to another century and that, without photographs, allows us to imagine, live and dream being with him at the Tasmanian Club in Hobarth, of ordering a jacket from the Tailoring, Cleaning and Dyeing company of Broadway (New York) or of tasting the thousand delicacies of a cuisine from other worlds and times ...

For anyone visiting his home (children, adults, individuals or groups) it is possible to “set sail” with the Captain thanks to a virtual experience produced with the support of SLAM, which after the success of our first Crowdfunding project allowed us to restore and create a paper copy.

and to the generosity of: ITALIAN YACHT CLUB - Genoa and Istituto Studi Storici Alta Valtellina. 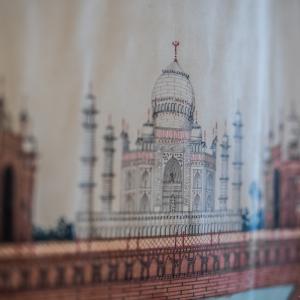 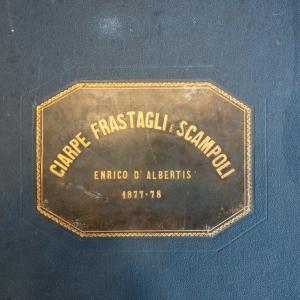 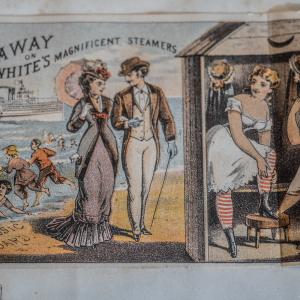 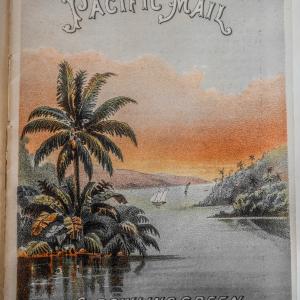 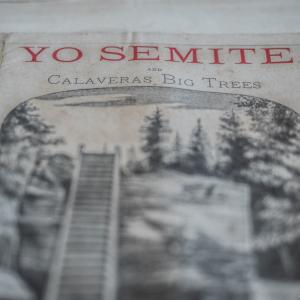 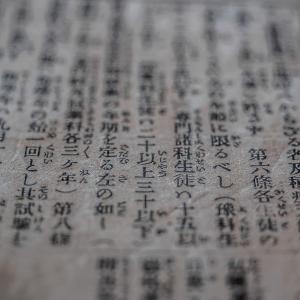