Music of the Peoples

(organised by the Associazione Echo Art)

The Museum of Music of the Peoples documents the music, techniques and expressive forms of music production in relation to specific cultural, religious and social contexts in the historical and geographical characters and multicultural perspectives. The museum includes a permanent exhibition of musical instruments, representative of cultivated and popular traditions of the world, retracing the routes of music in migrations, explorations, encounters, commercial and cultural exchanges. These are not objects on display, but rather core elements of an acoustic research, with exhibitions of a general or thematic nature, filled with sounds and images, texts and videos from the five continents.
The Museum of Music of the Peoples also hosts numerous and diverse proposals, an active music centre with a program of musical events, workshops and educational activities, conferences and conventions, offering multiple direct participation tools for the dissemination, knowledge and deepening of the music of the peoples of the world.

The Museum will offer workshops and training courses, conferences and seminars, guided tours and laboratories.
New music and acoustic worlds while respecting the different traditions. Music becomes the meeting point for artists from different countries, with a cultural and religious heritage so diverse that sometimes resulted in conflicts throughout history. Languages, genres and instruments blend, approaching distant (not only geographically) worlds and realities, with a message and emotion of coexistence and peace, in a balance between past and present. The cultural diversity of indigenous peoples, custodians of the lands of their ancestors, and the search for denied identity and rights are an intangible heritage of voices, sounds and musical instruments.

From the steppes of Central Asia to the Amazon rainforest, from the Arctic peoples and Australian Aborigines to Native Americans and pygmies, from Tibet to the Pacific islands, “natives” have witnessed secular and global transformation processes that deserve respect and recognition of belonging. Memory and musical traditions are imprinted in the use of seeds and wood, metal and leather, as acoustic evidence of peoples and languages. In considering the musical heritage of a country, geographic region or ethnic group as a product of and means for interactions and integrations to overcome socio-cultural barriers, the Museum of Music of the Peoples has an interdisciplinary nature with the aim to deepen and develop over time the different origins of musical traditions, as well as recent trends resulting from inevitable contaminations.

(By Davide and Michele Ferrari) 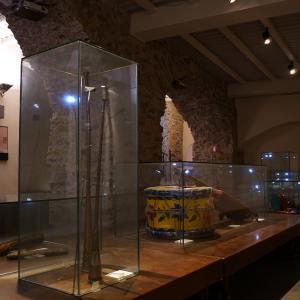 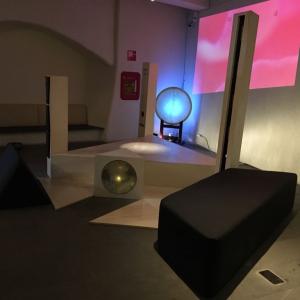