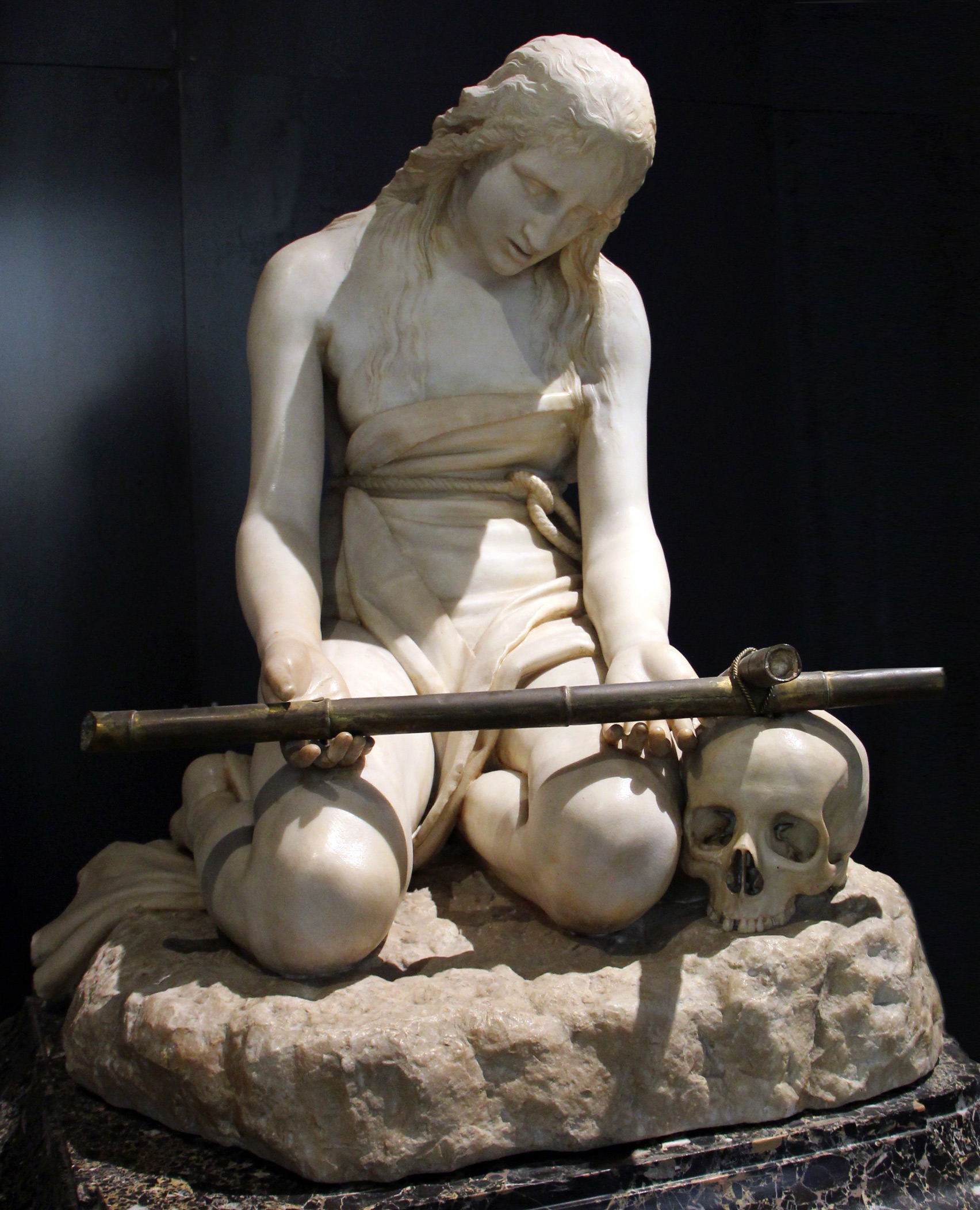 The work, considered one of the artist's first masterpieces as a mature artist, bears the inscription "Canova Roma 1796" on the back. Commissioned by his (Bassanese) friend and administrator Tiberio Roberti (1749-1817), the sculpture was preceded by a drawing of the Bassanese notebook Eb and two “bozzetti” (models), one in raw earth, now in the collections of the Venetian Civic Museums, and one in terracotta, still in the Canovian Collection of the Museums of Bassano del Grappa, and from a plaster model, identified with a statue in the Civic Museums of Padua. In April 1794 the sculpture was in progress and was completed if not before the Ascension of 1796, immediately after.
In 1797 Roberti renounced the purchase of the sculpture due to economic difficulties linked to the Napoleonic battles in the Venetian countryside. Francesco Milizia, the Venetian critic, procured a new buyer for Canova in Giovanni Priuli (1763-1801), Venetian national auditor at the Tribunal of the Sacra Rota, who became its “virtual” owner before June 1797, without however taking possession of it. During the period of the “Direttorio”, the sculpture was purchased for 1000 “zecchini" (twice what was initially budgeted!) by Jean-François Julliot, a marchand, a man of great wealth obtained from para-military supplies during the Napoleonic campaigns of Italy and Egypt. He was the representative of the Cisalpine Republic in Rome, Juliot brought the Magdalene to Paris, Canova's first work to reach the French capital; it was then sold to Giovanni Battista Sommariva (1757-1826) - a prominent member of the Milanese triumvirate who had  launched the second Cisalpine Republic between 1800 and 1802 - he exhibited it at the Parisian Salon of 1808: it’s appearance was greeted with great enthusiasm by the public, while sparking a critical debate about the artist's choices regarding the boundaries between painting and sculpture and the possible relationship between the two arts. In the Penitent Magdalene, in fact, Canova works marble molding the material to its extremelimits, passing from the extreme smoothness of Maddalena's patinated figure to the roughly hewn appearance of the base on which it stands. Furthermore, the gilded bronze insert of the cross, together with the realism of the tears and the flowing hair that the artist treated with wax mixed with sulfur, to create its colour, appears a conscious meditation on the possibility of achieving the same effects in sculpture as in painting. These experimental aspects, combined with the undeniable sensual charm of the work, determined its extraordinary fortune in the Romantic Age, thanks also to the admiration of it epressed by Stendhal.
Sommariva subsequently transported the work to Milan where it was sold to the Marquis Aguado, in 1839 returning once again in Paris. After the latter's death, it was purchased for 59,000 francs by Raffaele De Ferrari, Duke of Galliera, and placed in his Parisian residence. It then passed to the city of Genoa in 1889 as a legacy of his widow, Maria Brignole - Sale de Ferrari.