The Flemish painting collections in the Palazzo Bianco, known throughout the world for their exceptional quality, cover a period running from the end of the 15th century to the early 17th century, on display in four rooms of the Gallery and four more in the depositories. The distinguishing feature of these pieces is that they all have been painted just for, or in, Genoa, and have been in the Superba for a very long time.
One exception surely is the Christ Blessing by Hans Memling at the beginning of the exhibition, a memorable work for its dramatic focus, masterful attention to detail and careful perspective finesse.
On display in the same room are four canvas by an unknown master from Bruges, including Stories of St. John the Evangelist, and veritable masterpieces by Gerard David, such as the four sections of the magnificent Polyptych of Cervara, including the Madonna of the grapes and the amazing Crucifixion.
Joos van Cleve is also present with the Madonna and Child, a refined design with enamel chromatic intensity; Jan Provost with two canvas depicting St. Peter and St. Elizabeth of Hungary and the gigantic Annunciation, set in a Flemish domestic interior, punctuated by symbolic and allegorical objects.
The interweaving of the Flemish tradition and Italian Renaissance influences in early-16th century Antwerp is represented by a triptych by Pieter Coeck van Aelst depicting the Adoration of the Magi and two pieces by Jan Massijs, a Madonna and Child (1552, his first dated work) and the very elegant Charity.
Already back in 16th century, the latter two belonged to Gerolamo Balbi’s Genoese collection, which included the two large canvas that today stand out on the adjacent wall, thanks to their bright colours: the Cook and the Market are genre scenes, typical of the pictorial tradition which prevailed in the Northern Netherlands after the Protestant Reformation.
These paintings had a fundamental influence on the Genoese painters of the early-17th century (Strozzi, for example), who were thus able to observe and study them up close.
Van Dyck and Rubens dominate Room 18, with a masterpiece by the former dating back to his Genoese period (1621-1627), the Vertumnus and Pomona, where the influences from the Venetian art of the previous century emerge; Peter Paul Rubens, true creative genius of European Baroque, is present with a mature and sensual Venus and Mars, fascinating for its rich paint layers, perfectly in line with the subject.
Next to Van Dyck is his great collaborator Jan Roos, a master of still life painting: flowers, fruits and vegetables, bright and lively complements in the Silenus Harvest, while absolute and eloquent protagonists in the Still life.
The large flow of Flemish artists in Genoa in the early-17th century is then documented by the works exhibited in the next room: worth a mention are a landscape by Jan Wildens, a Female portrait by Guilliam van Deynen, realized in Genoa in 1610, and, above all, the two splendid Acts of Mercy by Cornelis de Wael (who would then be regarded as the “boss” of the colony of Flemish painters in Genoa), distinctive for their real-life city settings, such as the hospital and debtors’ prison.
The same room also exhibits examples of Dutch painting from the mid- to late-17th century, with many different artists and subjects depicted: The flowery Easter by Jan Steen stands out for its quality, next to the fascinating, copper Night landscape by Aert van der Neer and the Rabbits on the background of Antwerp, a small masterpiece by Aelbert Cuyp, where a skilful play on perspective turns the natural scene into an anticipation of surrealist atmospheres. 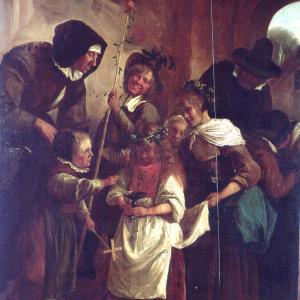 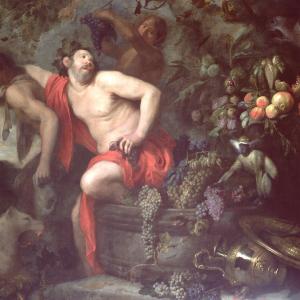 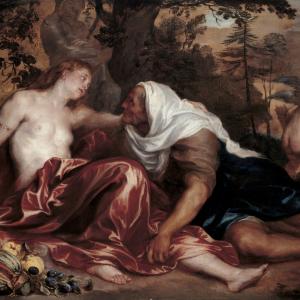 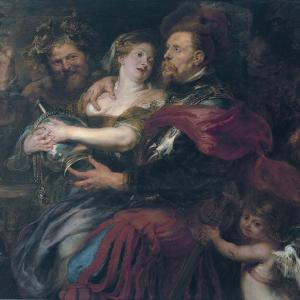 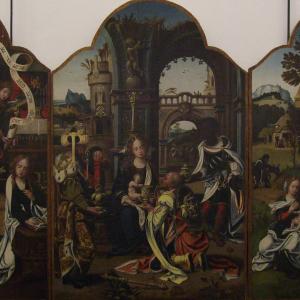 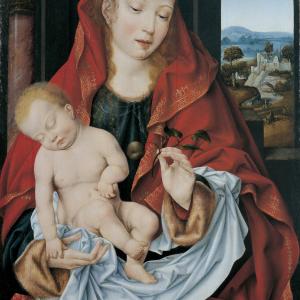 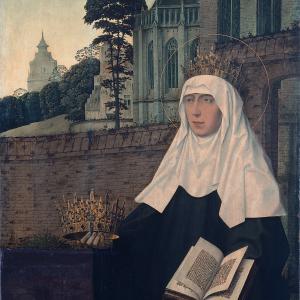 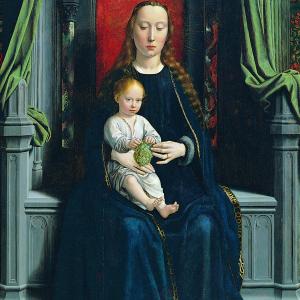 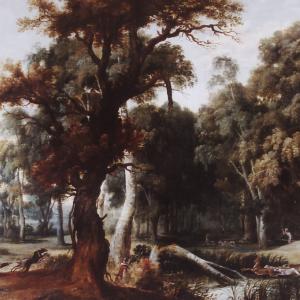 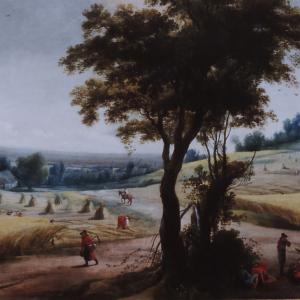 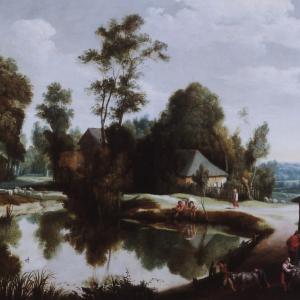 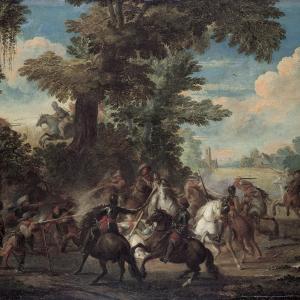 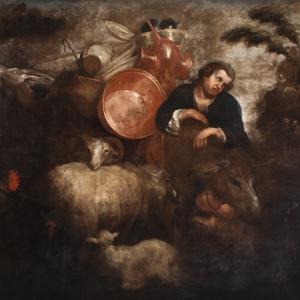 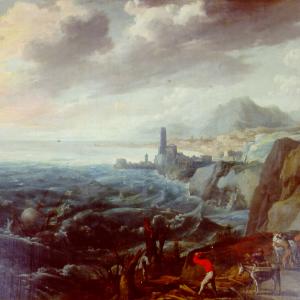 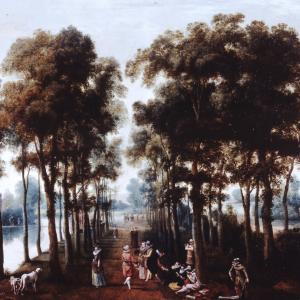