The Museums of Strada Nuova host, in Palazzo Rosso, some absolute masterpieces of the Emilian school. By Ludovico Carracci (1555-1619) is a small but delightful Annunciation in oil on copper plate, painted in Bologna in 1602, evidently destined, given its preciousness, for the private devotion of a client of high social status; in the background of the scene, beyond a marble balustrade, are the two most important towers of Bologna, the Garisenda and the Asinelli tower.

By Guido Reni (1575-1642) the museum preserves the famous San Sebastiano, the most beautiful and the only fully and indisputably signed version of one of the most oft repeated subjects by the painter and above all by his imitators. Painted around 1615-1616 for a wealthy client - lapis lazuli was used for the blue of the sky - it is recorded in the Genoese home of the Brignole-Sale by 1684, in the inventory attached to the will of Gio. Francesco I (1643-1694) . The classically idealized figure has an elegance that touches sensuality which has made it famous over the centuries: at the end of the 19th century the painting greatly impressed the young Oscar Wilde and, in more recent times, the Japanese poet Yukio Mishima.

Four paintings with Saints Paul, Simon, Matthew and Thomas by Giulio Cesare Procaccini (1574-1625) - the Bolognese painter of Borromean Milanese birth - constitute the most important surviving nucleus of a series of fourteen paintings depicting Christ, the Madonna and the twelve Apostles the completion date of which date is known with relative certainty: since the French painter Simon Vouet wrote in 1621 from Milan to Gio. Carlo Doria, the Genoese patron who commissioned the series, that he had seen the Apostles almost finished in the painter's studio.

Finally, the works of Giovanni Francesco Barbieri il Guercino (1591-1666), from various moments in his career, are splendid: the Eternal Father with an angel, painted around 1620 was intended as a molding for an altar of the Bolognese church of San Gregorio, but was kept for himself by the client Cristoforo Locatelli due to it’s extraordinary beauty, it represents the phase of the master's early maturity, influenced by Titian’s chromatic style; the Suicide of Cato, datable to 1640-41 on the basis of a payment to the painter, was purchased by the aforementioned Gio. Francesco I Brignole-Sale and has been registered in Palazzo Rosso since 1684; the dying Cleopatra, considered the masterpiece of the last phase of the artist's activity, fuses idealized classicism with explicit and dramatic sensuality, in a palette reduced to a few colors: the white of Cleopatra's dying body, the sheets and the pearl shining in her earlobe; and the purple / ruby ​​for the queen's blood, the cushions and for the curtains of the alcove, arranged like the curtain in a theatrical representation. The work was paid for in 1648 by Mons. Carlo Emanuele Durazzo and passed to the Brignole-Sale in the mid-18th century. Finally, the Christ who chases the merchants from the temple, subject to restoration and in-depth diagnostic analysis in 2009, can be identified as the work paid for in 1638 by the jurist Antonio Fabbri al Guercino and then donated to Cardinal Giovanni Battista Pallotta for the gallery of his palace in Marche; the canvas is an autographed replica, with probable collaboration of the workshop, of a painting of the same subject paid for in 1634 by the Duke of Modena, considered lost and then identified in the beautiful painting which appeared on the antiquarian market in Spain in 2013.

On the second “noble” floor, the altarpiece by Guercino with the Madonna and Child Enthroned with San Giovannino and Saints John the Evangelist and Bartholomew is set up in the Autumn room, the location that was assigned to it at the end of the 17th century in the picture gallery of Gio. Francesco I Brignole Sale, within the mirror framework by Antonio Haffner. 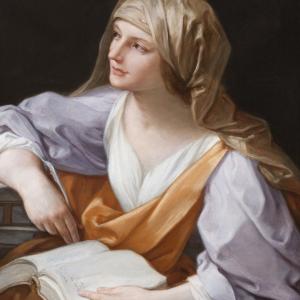 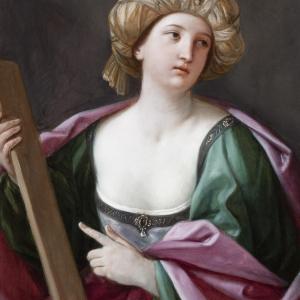 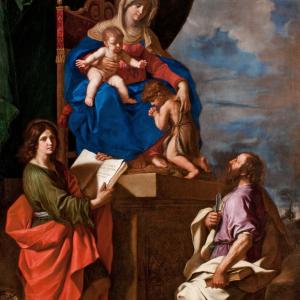 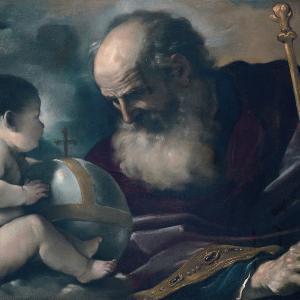 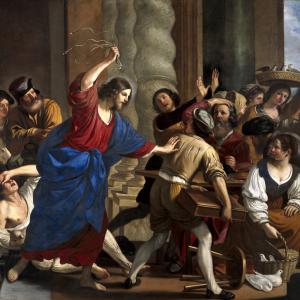 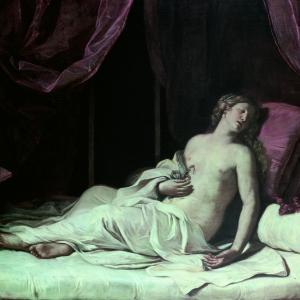 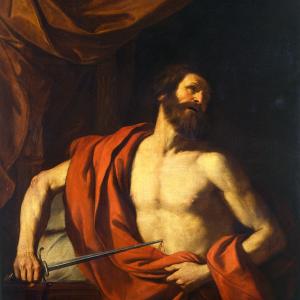 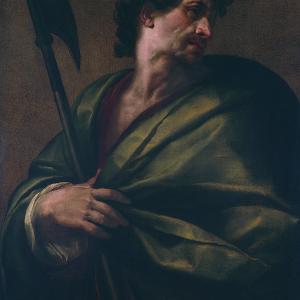 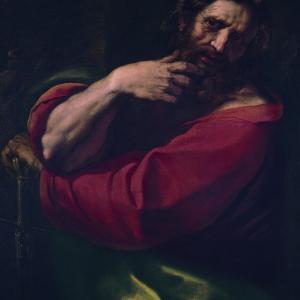 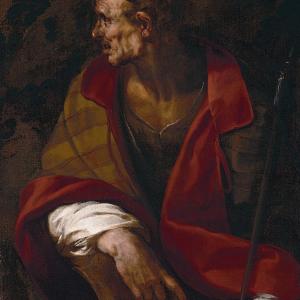 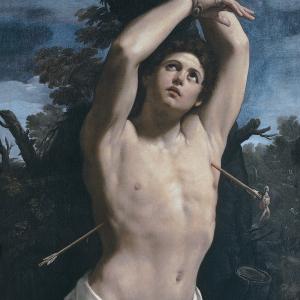