The Palazzo Bianco can be regarded as the oldest and, at the same time, the most recent of the three sumptuous houses of the most distinguished aristocrats in Genoa, erected in via Garibaldi, the Strada Nuova, in the mid-16th century. The Palazzo Bianco was constructed for Luca Grimaldi, a member of one of the most important Genoese families, between 1530-1540. Located in a suburban area, the building had a rather simple shape and appearance, overlooking both the slope leading to the Church of San Francesco in Castelletto and the Palazzo della Meridiana, built in 1545 for Girolamo Grimaldi, who belonged to a different branch of the family.

After Luca’s death in 1580, his namesake purchased the property and carried out new construction works. Nevertheless, the building kept its humble appearance, so much that Rubens did not consider it for his studies and surveys in his publication of 1622 on the most imposing houses in Genoa. Today, the two statues of Jupiter and Janus by Pierre Franqueville (1585) are the only visible elements of the original building. After 1658, the ownership of the building was transferred to the De Franchi family and, in 1711, Federico De Franchi’s indebted heirs eventually ceded it to their main creditor, Maria Durazzo Brignole-Sale. In 1712, Giacomo Viano started the complete reconstruction of the building, its front overlooking – and thus completing – the Strada Nuova. The external stucco decorations were done between 1714-1716 by Taddeo Cantone, who also decorated the interior cornices of several living rooms; four other rooms were enriched with stucco ornaments by Antonio Maria Muttone between 1715-1716.

As per Maria Durazzo Brignole-Sale’s will, the family home Palazzo Rosso was wholly inherited by her eldest grandson, Gio. Francesco II, whereas the newly renovated building (since then, called Bianco – i. e. white – due to the fair colour of its façade, in contrast with the former) was given to the second-born Gio. Giacomo. In 1736, he gave it to his younger brother, Giuseppe Maria, who commissioned Pietro Cantone to renovate the interiors in 1762. As Giuseppe Maria died without male issue in 1769, the building was inherited by his nephew, Anton Giulio III, who already owned the Palazzo Rosso and rented the Palazzo Bianco to Marquis Carlo Cambiaso. Since then, the house was occupied by a series of renters-collectors, who, between the 18th and the 19th centuries, enhanced the Palazzo Bianco with rich art collections described in the travel books of the time, as they were accessible to the public of amateurs and well-educated travellers.

In 1884, the Duchess of Galliera, Maria Brignole-Sale De Ferrari, bequeathed in her will the Palazzo Bianco to the Municipality of Genoa, as well as a notable group of old and modern works of art and rental income, with the purpose of increasing the city’s artistic heritage. Since then, the history of the building has been intertwined with the establishment of the Civic Museums of Genoa, of which the Palazzo Bianco has become the core. 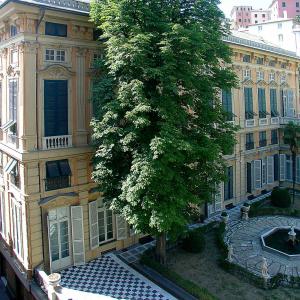 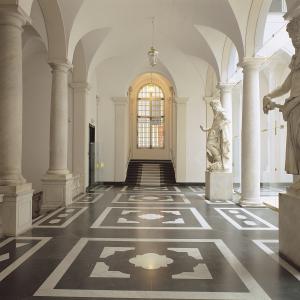 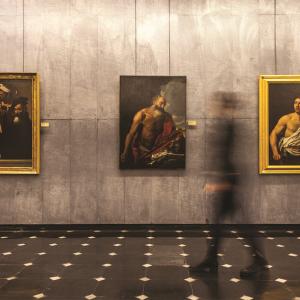