A specially designed room of the Palazzo Tursi is dedicated to Niccolò Paganini (1782-1840). The famous violinist and composer from Genoa bequeathed his favourite instrument – the one he referred to as his “cannon violin” due to its full sound – to his hometown, where it was to be “preserved for eternity”; other memorabilia have also been added over time, thanks to the generosity of his heirs or by other means.

The Cannone, built in Cremona in 1743 by luthier Bartolomeo Giuseppe Guarneri (1698-1744), was called “of Jesus” because of the cross which Guarnier drew next to his signature, borne by all the instruments he built. Probably donated to Paganini in 1802 in Livorno, it soon became an outstanding partner for the virtuoso, who developed new violin techniques, exploiting the full potential of the instrument, also thanks to the extraordinary length of the fingers of his left hand.
In 1833 Paganini had it repaired by Parisian luthier Jean-Baptiste Vuillaume (1798-1875), who also built a replica for the musician, who donated it seven years later to his best pupil, the Genoese Camillo Sivori (1815-1894). Just like his master, Sivori bequeathed it to the Municipality of Genoa; the replica is now exhibited in the same room.
Nevertheless, the Cannone is still intact in all its main parts, and the paint is still original: the tailpiece bears the sign of use, as Paganini, like all his contemporaries, used to play without using a chin rest, rather leaning directly on the instrument.
Besides talented and renowned violinists, the Cannone is also played by the winner of the International Violin Competition “Premio Paganini”.
Alongside the Cannon and its replica, the room also exhibits one of Paganini’s music stands, some of his autographs, his chessboard, effigies and other memorabilia. 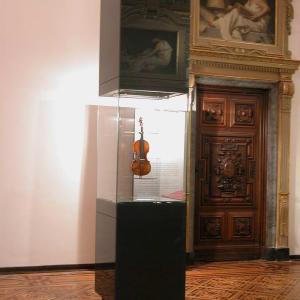 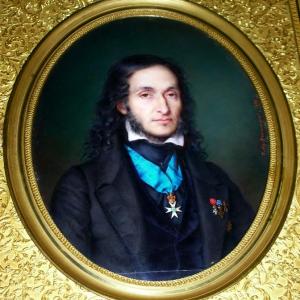 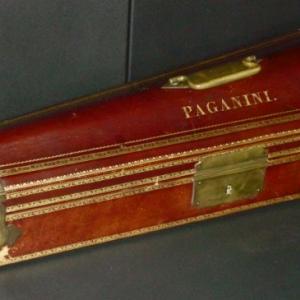 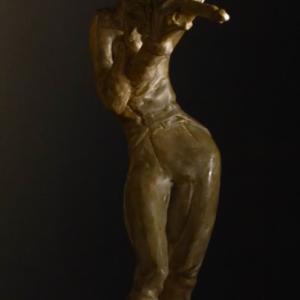 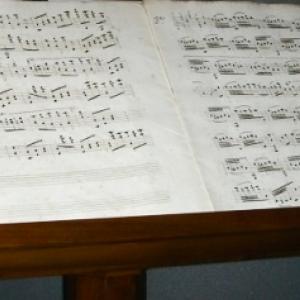 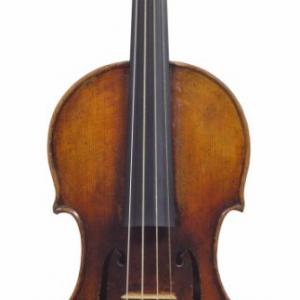