The young and already established Flemish painter Anthony Van Dyck arrived in Italy in 1621. The reason for his trip was to study the great Italian masters in order to perfect and enrich his artistic production, but also to receive new and rewarding commissions.
Introduced to the Genoese environment by the community of Flemish artists who had achieved success in the city and by his master Pieter Paul Rubens, he came to be the right artist at the right time.
Handsome, simple and elegant, a true courtier, Van Dyck immediately understood the needs of the rich nobles, in the race to exhibit his portraits in the sumptuous halls of their stately homes. Owning one of his paintings became the ultimate status symbol.
The Brignole family had just reached the peak of their power, more than ever feeling the need to promote their image in a precise and systematic attempt to enhance and showcase their newly found prestige.
Gio. Francesco, therefore, did not miss the opportunity to have the members of his family most dear to him depicted in full-length portraits: his wife Geronima with their daughter Aurelia, as well as his eldest son Anton Giulio with his beautiful wife Paolina Adorno. It was 1627. Fifty years later, these paintings were moved to the new noble house of the Brignole family, the Palazzo Rosso.
These paintings had a strong symbolic value: when Gio. Francesco I’s niece Paola married a member of the Spinola family, she inherited these paintings and wanted to take them with her; however, her uncle wished so strongly to keep them close to the Brignole family that he purchased them at a high price. Later, his nephew Gio. Francesco II fully realised his grandfather’s wish, by purchasing other significant paintings by Van Dyck, still exhibited in the museum.
1627 is the last year of Van Dyck’s stay in Italy: his portraits of Geronima, Anton Giulio and Paolina document the last period of his work in Genoa.
The frescoed halls of the Palazzo Rosso also house masterpieces of his early production (Christ carrying the cross, Portrait of a gentleman of the Spinola family), as well as paintings for different customers (Portraits of the jeweller Pucci with his son) and later works (Portraits of Prince Frederick Henrik of Nassau, Prince of Orange). The museum thus offers a special opportunity to see maThe jor works by an artist who, a little later, would become the most celebrated painter at the court of London. 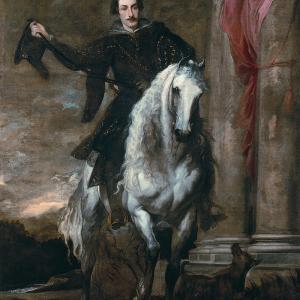 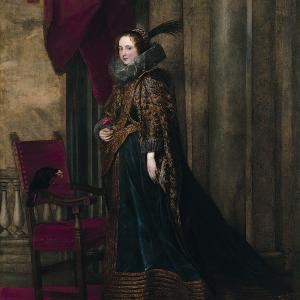 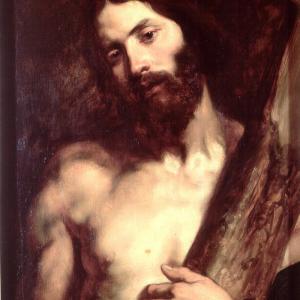 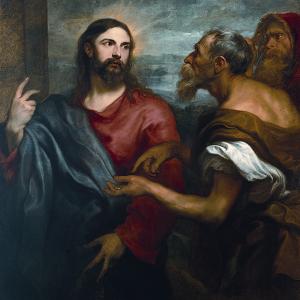 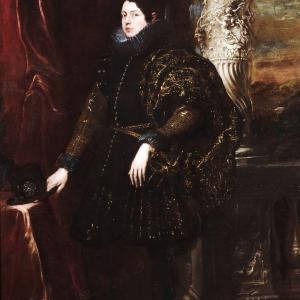 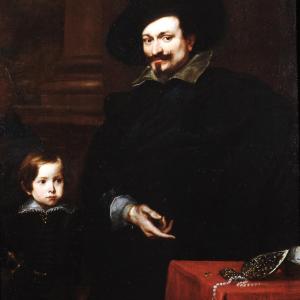